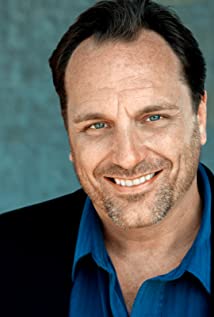 Buzzell was born in Rockland, Maine, the lobster capital of the world. He was then raised down the coast in the city of Sanford, Maine by his mother, a woman he admires greatly and who put in years of hard work at various factories to raise him, and his father Terry O'Maley, an award-winning watercolor artist and greeting card writer. Buzzell's cousin, Edna St. Vincent Millay, was an American poet and playwright who received the Pulitzer Prize for Poetry in 1923.Rather than utilizing the artistic blood in his veins to apply paint to a canvas, Buzzell chose the stage and screen to carve out a successful entertainment career spanning over 31 years. Although most of the those years have been spent as a performer on stage or in front of the camera, he has also enjoyed working behind the camera as well from time to time as a writer, casting director, director and producer. Fueled by integrity and optimism, Buzzell has an a noticeably energetic and highly intensified passion and drive that leads to satisfied clients and fans alike.In film and television, Buzzell has been blessed to work with some of the best in the business including Oscar winners Matthew McConaughey, Stephen Gaghan and Jeff Bridges, and Emmy winners Seth MacFarlane, Colin Bucksey and Jimmy Romano. The list goes on to include Josh Brolin, Bryce Dallas Howard, Wesley Snipes, Tony Goldwyn and Ashton Kutcher as well as music icons Pink, Kanye West, Justin Timberlake & Snoop Dogg.Buzzell has also appeared in literally hundreds of commercials, which have comprised a large part of his career. A few of the more well known include Pepsi, Doritos, Ford, Callaway Golf, MGM Grand Hotel & Casino, Nissan, Sonic, Volkswagen, Visa and-personal favorite-the New England Patriots.For the multi-talented Buzzell, stand-up comedy is where it all began in 1986 with major influence from Eddie Murphy and Sam Kinison. Then, as a musician, Buzzell was the singer/songwriter for Naked Flesh and Attitude in the 80's and then for Ransak and Daddy Lawless in the 90's. Ransak's second CD was produced by Savatage and Trans-Siberian Orchestra member Jon Oliva. Daddy Lawless garnered a spot opening for the legendary band Stranger on the Angry Dogs tour. If Stranger sounds familiar, it's likely because Johnny Depp's Florida band The Kids also opened up for Stranger at one point. Complementing his music career with a different style, Buzzell has also worked as a backup vocalist for Grammy Award winning country star Brad Paisley and sang a duet with Grammy Award winning country star Lee Ann Womack.Buzzell eagerly continues his journey with ongoing dedication and education. Exercising his personality one day at a time, he is excited to discover where the journey leads next.

The Short History of the Long Road