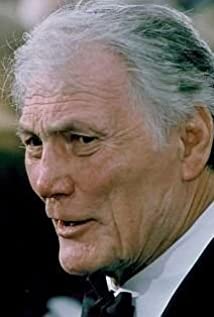 Jack Palance quite often exemplified evil incarnate on film, portraying some of the most intensely feral villains witnessed in 1950s westerns and melodrama. Enhanced by his tall, powerful build, icy voice, and piercing eyes, he earned two "Best Supporting Actor" nominations early in his career. It would take a grizzled, eccentric comic performance 40 years later, however, for him to finally grab the coveted statuette.Of Ukrainian descent, Palance was born Volodymyr Ivanovich Palahniuk (later taking Walter Jack Palance as his legal name) on February 18, 1920, in Lattimer Mines (Pennsylvania coal country), one of six children born to Anna (nee Gramiak) and Ivan Palahniuk. His father, an anthracite miner, died of black lung disease. Palance worked in the mines in his early years but averted the same fate as his father. Athletics was his ticket out of the mines when he won a football scholarship to the University of North Carolina. He subsequently dropped out to try his hand at professional boxing. Fighting under the name "Jack Brazzo", he won his first 15 fights, 12 by knockout, before losing a 4th round decision to future heavyweight contender Joe Baksi on December 17, 1940. With the outbreak of World War II, his boxing career ended and his military career began, serving in the Army Air Force as a bomber pilot. Wounded in combat and suffering severe injuries and burns, he received the Purple Heart, Good Conduct Medal, and the World War II Victory Medal. He resumed college studies as a journalist at Stanford University and became a sportswriter for the San Francisco Chronicle. He also worked for a radio station until he was bit by the acting bug.Palance made his stage debut in "The Big Two" in 1947 and immediately followed it understudying Marlon Brando as Stanley Kowalski in the groundbreaking Broadway classic "A Streetcar Named Desire", a role he eventually took over. Following stage parts in "Temporary Island" (1948), "The Vigil" (1948), and "The Silver Tassle" (1949), Palance won a choice role in "Darkness of Noon" and a Theatre World Award for "Promising New Personality." This recognition helped him secure a 20th Century-Fox contract. The facial burns and resulting reconstructive surgery following the crash and burn of his WWII bomber plane actually worked to his advantage. Out of contention as a glossy romantic leading man, Palance instead became the archetypal villain equipped with an imposing glare, intimidating stance and killer-shark smile.He stood out among a powerhouse cast that included actors such as Richard Widmark, Zero Mostel and Paul Douglas in his movie debut in Elia Kazan's Panic in the Streets (1950), as a plague-carrying fugitive. He was soon on his way. Briefly billed as Walter Jack Palance before eliminating the first name, the actor made fine use of his former boxing skills and war experience for the film Halls of Montezuma (1951) as a boxing Marine in Richard Widmark's platoon. He followed this with the first of his back-to-back Oscar nods. In Sudden Fear (1952), only his third film, he played rich-and-famous playwright Joan Crawford's struggling actor/husband who plots to murder her and run off with gorgeous Gloria Grahame. Finding just the right degree of intensity and menace to pretty much steal the proceedings without chewing the scenery, he followed this with arguably his finest villain of the decade, that of sadistic gunslinger Jack Wilson who takes on Alan Ladd's titular hero, played by Shane (1953), in a classic showdown.Throughout the 1950s, Palance doled out strong leads and supports such as those in Man in the Attic (1953) (his first lead), The Big Knife (1955) and the war classic Attack (1956). Mixed in were a few routine to highly mediocre parts in Flight to Tangier (1953), Sign of the Pagan (1954) (as Attila the Hun), and the biblical bomb The Silver Chalice (1954). In between filmmaking were a host of television roles, none better than his down-and-out boxer in link=tt0049669], a rare sympathetic role that earned him an Emmy Award.Back and forth overseas in the 1960s and 1970s, Palance would dominate foreign pictures in a number of different genres -- sandal-and-spear spectacles, biblical epics, war stories and "spaghetti westerns." Such films included The Battle of Austerlitz (1960), The Mongols (1961), Barabbas (1961), Night Train to Milan (1962), Contempt (1963), The Mercenary (1968), Marquis de Sade's Justine (1969), The Desperados (1969), It Can Be Done Amigo (1972), Chato's Land (1972), Blood and Bullets (1976), Welcome to Blood City (1977). Back home, he played Fidel Castro in Che! (1969) while also appearing in Monte Walsh (1970), Oklahoma Crude (1973) and The Four Deuces (1975).On the made-for-television front, Jack played a number of nefarious nasties to perfection, ranging from Mr. Hyde (The Strange Case of Dr. Jekyll and Mr. Hyde (1968)) to Dracula in Dracula (1974) to Ebenezer Scrooge in a "Wild West" version of the Dickens classic Ebenezer (1998). He also

Living with the Dead