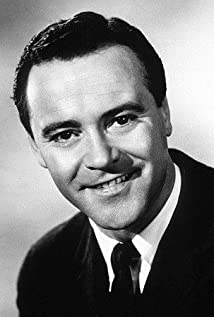 Jack Lemmon was born in Newton, Massachusetts, to Mildred Lankford Noel and John Uhler Lemmon, Jr., the president of a doughnut company. His ancestry included Irish (from his paternal grandmother) and English. Jack attended Ward Elementary near his Newton, MA home. At age 9 he was sent to Rivers Country Day School, then located in nearby Brookline. After RCDS, he went to high school at Phillips Andover Academy. Jack was a member of the Harvard class of 1947, where he was in Navy ROTC and the Dramatic Club. After service as a Navy ensign, he worked in a beer hall (playing piano), on radio, off Broadway, TV and Broadway. His movie debut was with Judy Holliday in It Should Happen to You (1954). He won Best Supporting Actor as Ensign Pulver in Mister Roberts (1955). He received nominations in comedy (Some Like It Hot (1959), The Apartment (1960)) and drama (Days of Wine and Roses (1962), The China Syndrome (1979), Tribute (1980) and Missing (1982)). He won the Best Actor Oscar for Save the Tiger (1973) and the Cannes Best Actor award for "Syndrome" and "Missing". He made his debut as a director with Kotch (1971) and in 1985 on Broadway in "Long Day's Journey into Night". In 1988 he received the Life Achievement Award of the American Film Institute.

Memories from the Sweet Sue's

The Legend of Bagger Vance