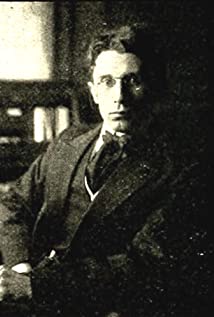 J. Searle Dawley, the man who considered himself "the first motion picture director", was born James Searle Dawley on 5/13/1877 in Del Norte, CO. He was educated in Denver, and after graduating in 1895 became an actor with Louis Morrison's stock theatrical company. The tour he was hired for was canceled, however, and he returned to Denver. In 1897 he rejoined Morrison's company, where he plied his trade as a thespian and stage manager for three years. He left to enter the vaudeville circuit as a performer and writer, then in 1902 joined the Spooner Stock Company as an actor, stage manager and writer. In May 1907 he was hired by Edison Co. director Edwin S. Porter specifically to direct The Nine Lives of a Cat (1907), so arguably he WAS the first professional movie director in the US. Dawley based his claim on the assertion that until he was hired by Porter, "The cameraman was in full charge." Dawley oversaw acting and dramatic continuity rather than just supervising action sequences shot by the cameraman.At Edison he directed D.W. Griffith in his film acting debut in Rescued from an Eagle's Nest (1908), as a woodsman who saves his child from the clutches of an eagle. The film features some of the earliest special effects, as the eagle is a stuffed bird with movable wings (the creature seems to puzzle rather than scare his captive, the child who will be wrestled away from the clutches of this taxidermist's nightmare by the man who would soon achieve fame as the father of the narrative film). While primitive, the special effect proved potent with nickelodeon audiences. In 1910 Dawley moved to California to establish a West Coast presence for the Edison Co. On the way West, he took a camera and photographed Canada as he made his trip to California via train. In southern Caliiforni, he established a studio in Long Beach, attracted by the cheap land and sunny seaside climate. Building a facility downtown at the corner of what is now Sixth St. and Alamitos Ave., he named it Balboa Studio after Spanish conquistador and explorer Vasco Nunez de Balboa. Dawley's new studio employed Henry King and William Desmond Taylor as directors. Eventually, Balboa's facilities consisted of 20 buildings on eight acres, plus an outdoor shooting area of 11 acres in Signal Hill, a separate town within the Long Beach city limits. Reportedly he directed over 200 one-reel films at the Edison company. Among the more notable of these include the first adaptations of Frankenstein (1910) and The Charge of the Light Brigade (1912).When Porter signed on with Adolph Zukor's Famous Players in 1912, he again hired Dawley. Starting with Tess of the D'Urbervilles (1913) Dawley directed 14 pictures for Famous Players, then he left to start his own company, Dyreda, in 1913. Dyreda was bought out by Metro Pictures after being in existence for slightly more than a year. Dawley's Always in the Way (1915), starring "Sweet Young Thing" specialist Mary Miles Minter (who would one day be implicated in the scandal surrounding the murder of director William Desmond Taylor), was released by Metro. Dawley then returned to Famous Players-Lasky (which increasingly became known by the name of its distribution arm, Paramount Pictures Corp.). He directed the first full-length (six reels) live-action version of Snow White (1916) for Famous Players-Lasky (Paramount Pictures Corp.), starring Marguerite Clark as Snow White. As a boy, Walt Disney would see and be influenced by the film. Dawley also directed a version of Uncle Tom's Cabin (1918).He left Paramount in 1918 to get married and freelanced for several years before joining Fox Films in 1921. The last feature he directed was Broadway Broke (1923), which was released by Lewis J. Selznick's Selznick Distributing Corp. His final work commanding from behind the camera were two sound shorts for Lee De Forest, Abraham Lincoln (1924) and Love's Old Sweet Song (1923), which were released in 1924.After retiring from the movie industry, Dawley tried several lines of work before making a new career in radio from the late 1920s through the mid-1930s. One of Dawley's lasting legacies was his role in forming an organization for directors that eventually would morph into the Directors Guild of America. According to Dawley, eight Hollywood directors "met secretly one night in a mountain resort" to discuss the creation of an organization for directors to promote their interests in an industry dominated by producers and to do something about the "decadence" that already was rampant. The eight directors were interested in cleaning up the industry and putting an end to the sexual exploitation of "girls who have ambitions but [are] weak on the side of resisting flattering offers by certain executives." The directors were offended because "directors were often forced to use girls in their casts whose only qualification" was being the producer's girlfriend . . . This sort of thing had to stop, and eight directors decided to do somethi

The Song That Reached His Heart

Rescued from an Eagle's Nest