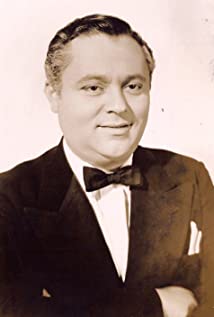 J. Edward Bromberg was a founding member of the legendary Group Theatre. His appearance being rather short and stocky, Bromberg from the start was known as a character actor who was very respected by his peers. He was primarily a stage actor but in the mid-thirties made his way into film where he further enhanced his reputation as a diverse character actor.In 1950 he was accused of being a communist and ordered to appear before the House Committee of Un-American Activities. He plead the 5th amendment refusing to answer questions as was his right. He was also named as a communist by film director Edward Dmytryk. Bromberg was then blacklisted and could no longer appear in films. The trauma of all that he went through took a terrible toll on his health. While working on a play in England, J. Edward Bromberg died of a heart attack just before his 48th birthday.At a memorial service for Bromberg, actress Lee Grant was asked to give one of the eulogies. Ms. Grant, a close friend of Bromberg's was fresh on the heels of her great successes in the stage and film productions of "Detective Story" (garnered her a Critic's Circle Award, the Cannes Film Festival award for Best Actress and an Best Supporting Actress Academy Award Nomination as the "Shoplifter".) Ms. Grant knowing the awful pressures exerted upon J. Edward and the possible fallout that was wreaking havoc in the film community gave a moving eulogy. This eulogy was printed in "Red Channels" and effectively squelched Ms. Grant's film career for many years. It was her small but wonderfully played role as Mrs. Colbert in Norman Jewison's "In the Heat of the Night" that revived her film career. Such was only two of the numerous tragedies done to American Artists of the time.

A Song Is Born

Queen of the Amazons

Voice in the Wind