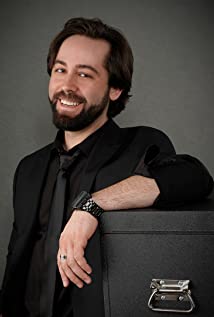 J. Anthony Kosar is an award-winning artist who specializes in Fine Art, Illustration, Sculpture, Creature Design, Make-up FX, and Product Design through his company Kosart Studios, llc. Becoming a member of the I.A.T.S.E. Local 476 Studio Mechanics Chicago in 2016, Kosar is the SPFX Make-Up designer, creating make-up effects and sculpting props for Chicago P.D. Seasons 4 & 5. Kosar and his company also create make-up effects and props for Empire Seasons 3 & 4, and has headed the special effects make-up needed for Chicago Justice Season 1. Kosar has also worked on make-up FX for Chicago Fire and created FX props for Chicago Med, along with being the SPFX Make-Up Designer for the Fox pilot Zoobiquity. Though he has only been in the union for just over a year, he and his studio has been sought out to work on all kinds of projects creating make-up and effects for the past 16 years since 2002, from New York to Los Angeles and everywhere in between, for such clients as FOX, NBC Universal, HBO, Sony, Syfy, Coca-Cola, RCA Records, Adobe, United Airlines, US Olympic Team, Six Flags, Nerdist, Verizon, MTV, Music Choice, Lyric Opera of Chicago, Sears, Zagone Studios, Fangoria, Lettuce Entertain You, The Bradford Exchange, The Ashton-Drake Galleries, Sandro Films, New York Magazine, David Lynch Foundation, Squarespace, Spectrum Fantastic Art, and many others. Recently, Kosar and his studio were flown to Los Angeles to design and create all the prosthetic make-ups for Chris Brown's "High End" music video featuring Young Thug and Fabolous, directed by Chris Brown and Spiff TV. Earlier in 2017, Kosar and his team were again brought to Los Angeles to help turn actor Jessica Lange into 8 legendary and historical women for New York Magazine in an editorial photoshoot by Sandro Productions with the use of prosthetic make-up his studio sculpted and created, including: Gloria Steinem, Diana Vreeland, Frida Khalo, Simone De Beauvoir, Mae West, Georgia O'Keeffe, Janis Joplin, and Marlene Dietrich. Previously the year before, Kosar and his studio did a similar project turning actor John Malkovich into 7 characters from David Lynch movies by designing, sculpting, and applying prosthetics to Malkovich for Psychogenic Fugue by Sandro Films with Squarespace and the David Lynch Foundation, including John Merrick from The Elephant Man, Henry Spencer and Lady in the Radiator from Eraserhead, Special Agent Dale Cooper and the Log Lady from Twin Peaks, Frank Booth from Blue Velvet, and the Mystery Man from Lost Highway. In 2007, he interned at legendary Stan Winston Studio creating effects for Indiana Jones 4 and James Cameron's Avatar. Kosar designs and sculpts Halloween masks for Zagone Studios, one of the leading mask manufacturers in the world. He creates special effects for film, television, theater, commercials, and print. Kosar teaches the art of FX through his Kosart School for Entertainment Arts in Westmont, IL, and also taught at other schools such as French Pastry School in Chicago, IL and Make Up For Ever Academy in New York, NY. In 2013 Kosar became the Face Off Season 4 Champion. Face Off, a reality-based competition on the Syfy Channel is the biggest competition for Make-Up FX, and Kosar won 6 of the 11 Spotlight Challenges, plus 1 of 4 Foundation Challenges, setting the record of most consecutive wins in a row and most wins by a single contestant on a single season. Of his Spotlight wins, he won the DC Superhero challenge where his winning character "The Infernal Core" appeared in the DC comic Justice League Dark #16, and also won the Defiance challenge where he shadowed the FX make-up crew on set in Toronto, Canada. Kosar also appeared on Face Off: Judge Match during Season 7 where he was one of six chosen from all seasons to help the judges compete, and he was selected to be on judge Neville Page's team with Miranda Jory, and their team won. Kosar has since had several of his students from Kosart School compete and even also win on Face Off. Besides FX, Kosar is an internationally awarded fine artist, illustrator, and sculptor, having been awarded by the Society of Illustrators of Los Angeles, American Watercolor Society, Illinois Watercolor Society, and several others. In 2009, he was named "One to Watch" by Watercolor Artist Magazine. His work has been selected to appear in Splash 13: Best of Watercolor, in volumes 19, 20, 22, 23, & 24 of Spectrum: The Best in Contemporary Fantastic Art, and volumes 4, 5, & 6 of Infected by Art. He was honored by being selected as one of the judges for Spectrum 21, and recently designed and sculpted the new Spectrum Awards for Spectrum 24. His work has also been featured in the pages of New York Magazine, Fangoria, Variety, Rue Morgue, Entertainment Weekly, Portes Magazine, and Sci Fi, among others. He has also been juried into the Main Show for IlluXcon 6, 7, 8, 9, 10, 11. He designs and sculpts prototypes for toys, collectibles and medical anatomical models, illustrates for novels an