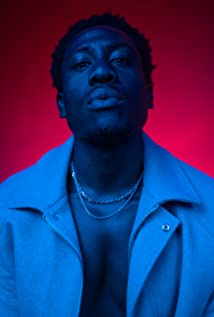 Entrenched in a West Philadelphia neighborhood riddled with prejudice, poverty, and passivity, J. Alex Brinson's single mother sought to give her dyslexic son the best life possible.J's passion to perform was ignited at summer school theatre camps and fanned further when he attended the prestigious Philadelphia Creative Performing Arts High School, the same school where a wide variety of famous and respected performers (Boys to Men, Aaron Levinson, Christian McBride, Roots, Jazmine Sullivan and more) attended.When J auditioned for entrance into the Drama Division at The Juilliard School he was one of over 2,000 applicants of which the school (all departments) selected only approximately 150 students. With comparatively very little formal training and a tough reading disability, J was lauded by the school's board as a natural talent. He spent four years there studying theatre with much emphasis in Shakespeare and period poets which he will recall as "Shakespeare and dyslexia were not my friends". Yet in the end, there is no doubt that his unshakable determination to succeed served J well.While at Juilliard, J met a lovely young dancer attending NYU, and they married in 2009 at the foot of the Statue of Liberty. The young couple was often on the move as J performed in many theatrical pursuits, including Lincoln Center's "Fly," Walnut Street Theater's production of Eric Conger's "The Eclectic Society," and The Sundance Theater Institute. While he was hailed as a brilliant actor, none of the jobs paid well.Through a random turn of events J and his wife settled in Vancouver, BC and J decided to try auditioning for film and television roles. He came to the attention of Maureen Webb, an established casting director who was working with the upcoming series "Travelers." A few weeks later (coincidentally on his wife's birthday), J received the call that he had booked the role of Jeff Conniker.Initially, J's character, Jeff, was only guaranteed three episodes on the series, but over the course of filming, this was increased twice--first to five and then to seven. There is no doubt that as J began to immerse himself in this flawed, human character, he connected with the struggles and suspicions his character was experiencing. As a police officer who has a somewhat toxic relationship with his girlfriend, Carly Shannon (as played by the sensational Nesta Cooper), J is able to portray him with heart rather than with the iciness of a cold monster.In today's culture, far too many youths from the 'wrong side of the tracks," accept the status quo and never attempt to pursue their dreams. J is a true testament to what exceptional education, dogged perseverance, and fierce commitment to one's personal values and ideals can conclusively produce. As J has been triumphant in overcoming his difficulties and accomplishing his goals and ambitions in his life and his acting career, he is an upstanding role model for young people all over the world. As J continues to tackle a vast array of roles, he will always approach each character with authenticity, skill, and empathy.