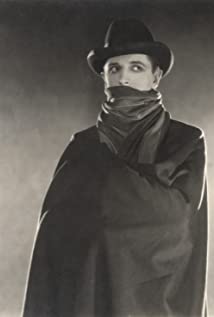 While his special gifts seemed to lie in music and composing, the dapper, multi-talented Welsh actor Ivor Novello (ne David Ivor Davies), with his leading-man good looks, had a strong affinity for the camera.Born in Cardiff, Wales, in 1893, he was the son of a tax-collector father and a well-known singing teacher mother. His prodigious musical skills were evident fairly early. Trained at the Magdalen College Choir School on a soprano scholarship, he soon began writing songs under the name Ivor Novello. In his overall career, Novello would write over 250 songs, a large percentage of them uplifting, touchingly sentimental and war-inspired morale boosters. He moved with his family to London in 1914, and became an overnight celebrity after composing the patriotic World War I standard "Keep the Home Fires Burning," which was introduced much later in the film The Lost Squadron (1932).Novello then switched to pursue acting and debuted with a role in The Call of the Blood (1921) [The Call of the Blood], a French romantic melodrama which earned him promising notices. Other roles that ensured his status as a screen idol followed, including The Man Without Desire (1923), which he produced. He wrote and appeared in the successful 1924 play "The Rat," which transferred quite well to film the following year (The Rat (1925)). This also inspired two sequels -- The Triumph of the Rat (1926) and The Return of the Rat (1929).The actor's film peak occurred headlining two of Alfred Hitchcock's early suspense thrillers, serving as the put-upon protagonist in both the silent classic The Lodger: A Story of the London Fog (1927) and the lesser-received When Boys Leave Home (1927). Novello had a fine, well-modulated speaking voice that transferred easily to talkies. Into the 1930s, he wrote and starred in Symphony in Two Flats (1930) and went on to remake The Phantom Fiend (1932) successfully. During this time he also wrote the dialogue for Tarzan the Ape Man (1932), the first of the jungle series to star Johnny Weissmuller and Maureen O'Sullivan. Novello's last film was Autumn Crocus (1934), after which he decided to devote himself full time to music and theater.He went on to earn rave reviews for his opulent, romantically melodramatic stagings of "Glamorous Night" (1935), "The Dancing Years" (1939) and "Perchance to Dream" (1945). He wrote eight musicals in all and appeared in six of them, all of them non-singing parts.His longtime companion of 35 years, actor Robert Andrews, was with Novello when Novello died suddenly on March 6, 1951 of a coronary thrombosis only hours after performing in his own play "The King's Rhapsody." Hugely popular in his time (though virtually unknown in America), Novello's lasting influence on film, theater and especially music cannot be denied.

The Lodger: A Story of the London Fog