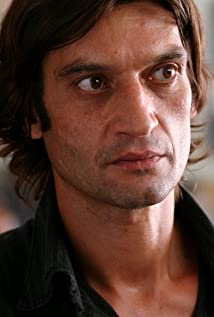 Ivan Franek, sometimes credited as Ivan Franeck, (born 17 June 1965, in Czechoslovakia) is a Czech, Italian, and French film and television actor. His first major role was appearing as Tobias in the romance drama film Brucio Nel Vento (Burning in the Wind) (2002), directed by Silvio Soldini. Since then he has starred in more than 100 acting roles. He is best known for his roles in Anna (2019), Academy Award-winning film, The Great Beauty (2013), and We Believed (2010).

Blood of My Blood