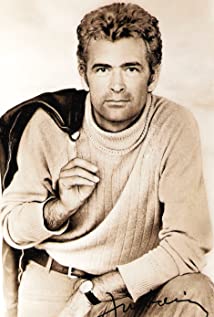 Iurie Darie (real name Darie Maximciuc) was a famous Romanian film and theater actor.He was born on March 14, 1929 in Vadul Rascov, Romania. He graduated from Institute of Theatrical Arts and Cinematography in 1952.In 1953, he plays first role in the movie Nepotii gornistului. Other notable roles in Brigada Diverse în alerta! (1971), Dimitrie Cantemir (1973), Fratii Jderi (1974). Play on the stage of the theater ''Teatrul de Comedie '' in Bucharest.He was married with Consuela Rosu and with Anca Pandrea .He had a son ,director Ducu Darie.He was decorated on May 30, 2002 with the National Order of the Faithful Service in the rank of Knight.He died on November 9, 2012 in Bucharest, Romania.

The Mace with Three Seals

B.D. in the mountains and on the seaside