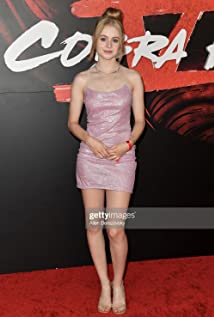 Isabella Crovetti began her acting career in the fall of 2010. As both her parents have careers in the industry, Isabella is no stranger to the world of film and television.It wasn't long before Isabella was signed with the Osbrink talent agency, one of the top children's talent agencies in Los Angeles. Within a month's time Isabella was fortunate enough to be booking commercials, voice-overs, television shows and meeting with film directors such as Cameron Crowe, Shawn Levy, Chris Koch, Juan José Campanella and David O Russell.Isabella's first pilot season landed her a starring role in the FOX comedy pilot Family Album, directed by Shawn Levy. By her first summer, Isabella booked a starring role in her first TV movie, Possessing Piper Rose, opposite Rebecca Romijn.For her second pilot season, Isabella landed starring roles in both the ABC pilot The Neighbors as well as the Disney pilot Crash and Bernstein. Some of the shows she has worked on include Mike and Molly, In Plain Sight, Jessie, CSI, Enlightened, Happy Endings, It's Always Sunny in Philadelphia and Scorpion.Isabella is now starring in the Carlton Cuse television show Colony on USA Network as well as lending her voice for the lead role in the Nickelodean show Shimmer and Shine. Isabella also played a young Jennifer Lawrence in David O Russell's film Joy, starring Jennifer Lawrence, Bradley Cooper and Robert De Niro. In the winter of 2016, Isabella began shooting a Disney film entitled Magic Camp starring Adam Devine, Jillian Jacobs and Jeffrey Tambor. Isabella is also the lead voice and singing vocals for Disney's Vampirina.Isabella comes from a creative family as both her parents work in the industry and her twin brothers are also actors. Cameron and Nicholas Crovetti can be seen as Nicole Kidman's twin boys on Big Little Lies (2017) . Besides acting, Isabella enjoys playing with her three siblings, sings and plays the guitar and enjoys a variety of sports. She is also a competitive gymnast and track runner.