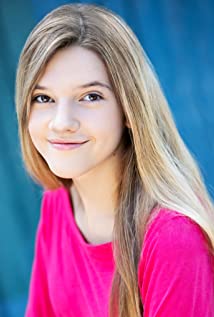 Isabella Bazler is an award-winning young actress and jaw-dropping vocal phenom. Isabella has 8 years of Hollywood acting experience, starring in dozens of film, TV and new media roles. In 2019 she co-starred in ABC's prime time television series The Kids Are Alright, and in 2018 was awarded a Young Artist Academy Award for best teen actress for her role in the 2017 feature Geo Disaster. Isabella is a natural performer with amazing range and depth, delivering convincing comedic and dramatic performances. Directors describe her as "brilliant" with "instincts you can't teach." Isabella also fronts the pop-rock band Moulin Bleu, with songs on Spotify and other popular music sites. Isabella sings, composes, and has been playing guitar and piano since age 6. Isabella resides in Los Angeles, California, and she loves sharing the screen with her three sisters Brianna, Carissa, and Sarah. Isabella is working on the set of an episodic/feature film "The Anomalyst," and is in studio recording additional tracks for her band Moulin Bleu.