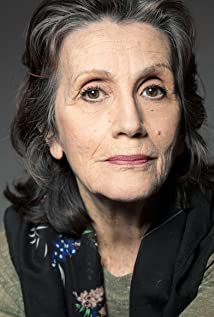 Aged 4, she was already dancing. In 1952, at 14, she moved from Tomar, her still cherished hometown, to Lisbon, where she attended ballet classes for the first time; she vanquished the first fears of the bar, and hard work, and would became prima ballerina - after further studies in London. Her passion for dance never died within her, and even when she abandoned the stage, she kept going to all shows at San Carlos (Lisbon's Opera House), and encouraging, and even helping to form several small ballet groups, some of which survived the difficult Portuguese environment for that art.She was one of the youngest actresses in Portuguese television stage dramas and TV series, in the pioneer period of TV in her country (1957 to 1963). She met and married actor João D'Ávila, with whom she had a son in 1964. Eventually, their art careers followed very different paths.She says she is basically a timid person, but her personal life, and her world discovery adventures, betray that adjective. After national acclaim earned starring as Inês, a house-maid in Lisbon who lives a forbidden sad love-story in _Verdes Anos, Os (1966)_, she stayed in Paris for a short while. Enough to be the dinner guest accompanying François Truffaut to the French premiere of Fahrenheit 451 (1966), but not long enough to develop a filming project in France.She stayed in Rome several years, from 1967 onwards. Through her friend Gianni Amico she would meet at Café Rosati, Rome, and then frequent a group of interesting people, among whom Alberto Moravia, Dacia Maraini, Gato Barbieri, Bernardo Bertolucci, and Laura Betti. She was in two short films, and starred in two dramas, plus some bit parts, one of which by the side of Silvana Mangano, directed by Pier Paolo Pasolini to whom she was presented by Ninetto Davoli.She asked her husband to enter a long voyage with her, and he accepted. For about an year, they travelled in a Ford Van fully equipped for the adventure, by road, and lack of it, from Rome, Italy, to Katmandu, Nepal, where they settled for a month in a proper rented house; Afghanistand and Pakistan were visited extensively, but on-the-road. They bypassed India, that she would visit several years later. She returned to Rome, and then 3 years in Ibiza, Spain, from where she returned (briefly) to Portugal in 1973.She has filmed under some of the best, established Portuguese film-makers, such as Paulo Rocha and Manoel de Oliveira, but accepts small parts in the few films that the avant-garde, no-name women film directors offer her, such as Teresa Villaverde, Raquel Freire, and 'Cláudia Tomáz'.Even though her first passion was ballet, and her second the stage, her quality acting as been distinguished in special sessions both in Lisbon, at the Portuguese Film Archive (1989), and in the yearly Film Festival of Santa Maria da Feira (2002).

The Strange Case of Angelica