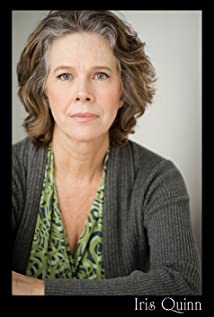 Iris Quinn's acting career includes a variety of roles in television and film as well as stage productions and voice-over work. She also runs an actors' studio in Vancouver; coaching and mentoring young actors. In 2002 she was appointed to the faculty of University of British Columbia. She resides in Vancouver, British Columbia with her husband, actor, Fred Henderson.

So You Said Yes

The Town That Came A-Courtin'