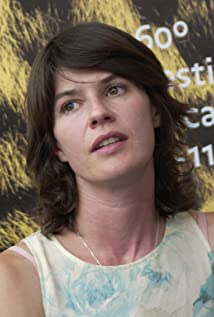 This beautiful, dark-haired Swiss actress made a hit with a supporting role in her first film, as the piano teacher in Louis Malle's "Au revoir, les enfants" (1987). Educated in London and Geneva, and a Paris resident since the age of 18, Jacob became a promising starlet with her Malle success and followed up with another small role in Jacques Rivette's "La bande des quatre/The Gang of Four" (1989). 5Stardom (and a Cannes Film Festival Best Actress award) arrived with Jacob's dual role as two women whose lives are mysteriously linked in Krzysztof Kieslowski's psychological drama "The Double Life of Veronique" (1991). She ventured to the US for a ronantic comedy, "Trusting Beatrice" (1991), fittingly, about a young French woman's arrival in the US. After the small film "The Van Gogh Wake" (1993), she played the ill-fated mother in Agnieszka Holland's touching and acclaimed "The Secret Garden" (1993). Several more small French films followed, but it took a reunion with Kieslowski to jump-start Jacob's career again. In his "Red/Rouge" (1994), the final segment of his "Three Colors" trilogy (and his swan song), Jacob starred as a Swiss fashion model who meets a cynical aging ex-judge (played by Jean-Louis Trintignant) after she runs over his dog. In the film, she served as an emotional and spiritual curative for the old man; the second time, Kieslowski employed Jacob as a woman who offers a man consolation and mystery. 6Jacob followed up as a religious devotee in Michaelango Antonioni's episodic "Beyond the Clouds/Par-dela les nuages" (1995), then ventured to England to play Desdemona to Laurence Fishburne's "Othello" (also 1995). Jacob has several foreign-made films in the can which have not yet been released in the US: she plays an East Indian beauty with Willem Defoe and Sam Neill in "Victory" (filmed in 1994), an ill-fated vacationer in "Fugueuses/Runaway" and a French actress in 1948 who befriends a mysterious tramp (Stephen Rea) in "All Men Are Mortal" (both shown at Cannes in 1995).

The Easy Way Out