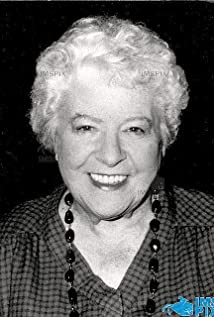 English character actress best known for her many portrayals of feisty cockney types, ranging from barmaids to landladies, charwomen to cooks. Unlike her working class screen personae, Irene's parentage was quite cosmopolitan, her father a Viennese banker, her mother a French aristocrat - affluent enough to enable her to travel extensively in her youth. She received her acting training at the Embassy School, under the auspices of the sister of Sybil Thorndike, but did not make her debut on the London stage until 1938.Her first successful role was in a West End comedy entitled 'George and Margaret' and this led to many other parts, including 'Blithe Spirit' by Noël Coward. From 1937, plump, cheerful Irene Handl became a popular supporting character in British films, usually in small roles or cameos, often as eccentric or pixillated old ladies. On occasion she could be a scene-stealer, as in I'm All Right Jack (1959) as the grumbling wife of shop steward Peter Sellers. She was also the definitive Mrs. Hudson, landlady to the famous detective at 221b Baker Street, in The Private Life of Sherlock Holmes (1970).Irene Handl enjoyed a prolific career on radio (partnering Arthur Askey in 'Hello Playmates' and Tony Hancock in 'Hancock's Half Hour'), as well as in television. Her best-loved appearance was opposite Wilfred Pickles in the title role of Ada Cresswell in the sitcom For the Love of Ada (1970). She also made guest appearances in numerous shows, ranging from The Adventures of Robin Hood (1955) to The Rag Trade (1975), and remained an active performer well into her eighties.

Come Play with Me

Adventures of a Private Eye

Confessions of a Driving Instructor

On a Clear Day You Can See Forever