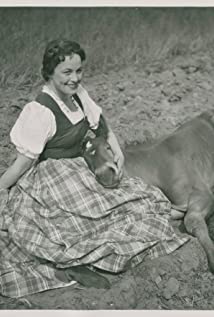 Backlin was born in Stockholm, daughter of doctor Erik Michaëlsson and mrs Thyra Backlin. She grew up in various places around Sweden due to her father's line of work. While working in an office she studied acting at the Gösta Terserus acting school in Stockholm 1940-1942 in her spare time. As a stage actress she worked for Riksteatern, Parkteatern and the Fredriksdalsteatern. Her first major movie role was in Adventurer (1942) starring with Sture Lagerwall. Other notable roles include You Who Are About to Enter (1945) and The Girl from the Third Row (1949).Between 1948 and 1960 she was married to actor Stig Järrel.