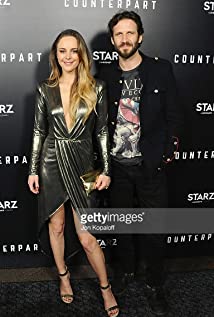 Ina-Alice Kopp is a stage-trained actress with international TV and Film credits, including leading and supporting roles opposite JK Simmons ("Counterpart"), Sarah Jessica Parker ("Glee") and John Malkovich ("Klimt").In 2012 Ina received a Huading Award, also known as a "Chinese Emmy", for her leading role on the 30-hour Huayi Brothers mini-series "Departed Heroes", which reached a record audience of over a billion Chinese speakers worldwide. Ina also received a "Best Actress" award at the 2016 iHolly Film Festival for her starring role in the multiple award winning feature film "Flytrap" as well as "Best Actress" nominations at the London International Filmmakers Festival 2016 and IdylIwild International Festival of Cinema 2017.Ina speaks 7 languages including Mandarin Chinese, has a Bachelor's Degree in Chinese Studies from Fudan University in Shanghai and is pursuing a Master's Degree in International Management at SOAS in London. In addition to her on camera career, Ina splits her time between the US, Europe and Asia, acting as a liaison between the Eastern and Western entertainment markets to help satisfy the need for above and below the line talent as well as investments.A trained concert pianist and former fashion model, Ina also loves to sing Jazz, proof of which can be found in one of her latest films "Big Gay Love".