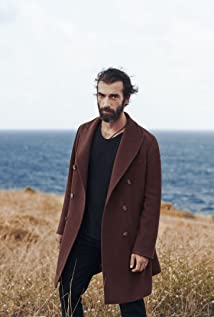 His mother is German-Turkish and his father is a Turkish citizen from Van. Ilker is born in Istanbul in 1984.Following his graduation from University (BA in Arts Management) and training in Acting he has moved to London for a 3 Year Classical Acting Training in LAMDA. (BA in Classical Acting). After his return in 2013, he has been starring on hit TV Series like Poyraz Karayel, Kayip Sehir and others. He also starred in the feature film "Silsile" (Consequences) in 2014 and now preparing for a new film. (Filming in May 2017) Lately, he played the leading role in the TV series ''Dip'' which was published on the internet.His performance in Poyraz Karayel brought him "43. Golden Butterfly Best Actor" award alongside with many other awards from other organizations. (Wikipedia)He is fluent in English and speaks up to 3 dialects to a native standard. (RP, Spanish, Middle Eastern)He's also a highly skilled musician. He plays the guitar, piano and drums. He sang and played in several episodes for Poyraz Karayel (available on YouTube) as well as for the soundtrack of the series and Silsile/Consequences.Ilker is also a PADI Open Water Scuba Diving Instructor since 2004 and has been free/scuba diving since the age of 10.He is based in Istanbul and London.