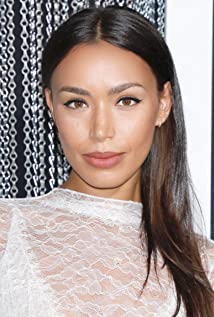 Ilfenesh Hadera (born December 1, 1985) is an American actress. Ilfenesh was born in Harlem, New York City and is of Ethiopian and European ethnicity. Her father Asfaha Hadera, an Ethiopian refugee, is the founder and Co-Executive Director of African Services Committee, a Harlem based NGO which seeks to aid African immigrants. Her mother, Kim Nichols has served as Co-Executive Director of ASC since 1984. Hadera's love for the theatre began during her time at Harlem School of the Arts, she accredits HSA with preparing her for entry to Fiorello H. LaGuardia High School of Music & Art and Performing Arts. Hadera went on to receive an MFA in Text and Performance studies from RADA/King's College London. In 2010, Hadera made her acting debut in the film 1/20. A frequent collaborator with Spike Lee, she has also appeared in Da Brick, The Blacklist, Oldboy, Show Me a Hero, Chi-Raq, Chicago Fire, The Punisher, and She's Gotta Have It. She co-starred as Stephanie Holden in the 2017 film Baywatch and as of 2018 is starring as Kay Daniels in the TV series Deception. She has a recurring role in the Showtime Series Billions, playing as Bobby Axelrod's secretary Deb Kawi.