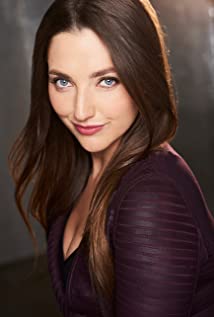 Born in Russia, raised in San Francisco, performing throughout her entire life, Ilana began acting at the age of 5. She had always loved to be on stage or in front of a camera.Amongst various performance activities, acting became her favorite passion. She was first recognized at the age of 12, when her middle school drama teacher chose her to perform in a city wide drama festival, where she won a prize for her interpretation of a french monologue. Her love of acting followed her from the french school in San Francisco to UC Davis where she received a bachelor's degree in Psychology and a Master's degree in Communication. She continued to study the craft at ACT, a renowned acting school in San Francisco.Ilana appeared in a few indie films during her college years.Now working in Los Angeles, after studying at the Ivana Chubuck Studio, the multi-lingual actress can be seen in Season 3 of "The Newsroom" on HBO and Season 2 of "Brooklyn Nine-Nine" on Fox. She can also be seen in the lead role of the romantic comedy: feature film "Nowhere Girl." Ilana continues to study with renowned acting coach Jo Kelly.