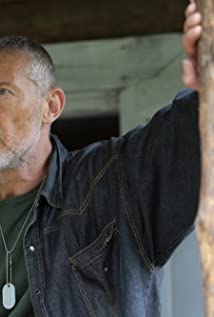 Igor Jijikine is a Russian-American actor best known for his powerful scenes opposite Harrison Ford in Indiana Jones and the Kingdom of the Crystal Skull (2008).He was born Igor Zhizhikin, in 1965, in Russia. Young Igor was fond of movies and acting; he was also a good sportsmen. He attended the Moscow State College of Physical Culture and trained in gymnastics, soccer, ice skating and snow skiing, graduating as Master of Sports of the USSR. He also studied acting, martial arts and acrobatics, and performed with the Moscow State Circus. In 1989, he was with the Moscow Circus on tour in the USA, but his manager took all the money and disappeared. At that time 24-year-old Jijikine was left penniless, he lived on the streets, but still decided to stay and work in America. Since then, Jijikin's life has been as hectic and turbulent as some of the characters he played on stage and in film. He survived three marriages, tried several non-acting jobs, worked as acrobat with such Las Vegas casinos as Circus-Circus and Stratosphere, founded a circus agency, and became known as "The Russian Bear" in Las Vegas. In 1991 he landed the leading part in a Las Vegas production of 'Samson and Dalilah'. A few years later he worked with the Cirque du Soleil's "Mysterie" in Las Vegas.In the 2000s, Jijikine took acting classes in Hollywood. There he was noticed by an agent, and eventually switched to film, becoming typecast as a "bad guy." Jijikine made his big screen debut in Blood Work (2002) under the directorship of Clint Eastwood, then appeared opposite Quentin Tarantino in two episodes of the TV series Alias (2001). He also appeared in about 40 commercials, and became the face of video game 'Red Alert'.His big brake came with supporting role as Russian Colonel Dovchenko opposite Cate Blanchett and Harrison Ford in the 4th film of the Indiana Jones franchise, directed by Steven Spielberg, who called Jijikine "the best bad guy."