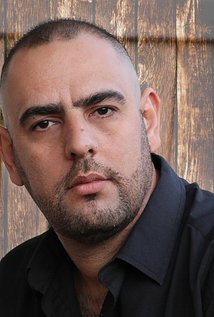 Ibraham Adnan Rasheed Alzubaidy an Iraqi-American actor and independent filmmaker was born on March 17, 1978, in Kut, Wasit Governorate, Iraq. In 2018 he graduated from California State University, Northridge/ Cinema and Television Arts/ film production and screenwriting. He fluently speaks Arabic with four different dialects: Iraqi, Syrian, Egyptian, and Gulf.Since the first-grade, Ibraham was a skillful painter. He has won numerous awards in landscape painting. The painting was not only a hobby, but it was dealing with the colors and lighting which reflect the forms of his subjects. Also, he uses his philosophy of the unusual angles of the landscape. After the talent of painting has developed, his childhood dream has become to study at the Faculty of Fine Arts in Baghdad. However, the economic conditions did not allow him to study the art. Later he studied and graduated from the Faculty of Technology as an electronic teacher in 1998.His childhood had a significant impact on vision and theory of his films. Where he painted the exciting things that he sees and the characters and wrote with dialogue and script. In 1984 he got a scary story on his way home from school. He was five years old, carrying his bag and heading walking. He heard the sound of a raid by Iranian planes that bombed the city of Kut. He was horrified by watching the Iranian pilot bombing a school in the outskirts of the town. He hid under a large truck until the air raid ended he quickly returned home and wrote painted the story. In 1988 he created his first short story as a comic magazine titled "The Case of an Iraqi Soldier." It was telling the story of an Iraqi soldier named Ala'a who's returning from the battlefield during the Iran-Iraq war to find his wife had married his brother after she thought that Ala'a killed in the battle. Although the story has taken a comedy style, it carries a lot of pain and conflict. Due to the fear of Saddam Hussein regime at the time, Alzubaidy could not show the story to anyone. He then began to write five short stories about the lives and suffering of children due to Saddam's wars with neighboring countries. However, his fear of the repressive dictatorship made him burn all these magazines. Today he began to rewrite the stories of his childhood and then turns them into short films and documentaries.In 1990 he got his first camera. Where it was an opportunity to document what happened in Iraq during Saddam Hussein's occupation of Kuwait. Ibraham captured more than 1,000 photographs documenting the feelings of the people during the Second Gulf War. Within six months he became a professional photographer. Since that moment the camera has accompanied him wherever he goes.The years he spent in Iraq during the period of endless wars have given him a broad imagination through to write feature films with dramatic conflict. Where he wrote several feature films that tell the stories of stars during wartime. He always focuses on American soldiers' tournaments on the battlefields, as well as showing the humanitarian side of American soldiers during the war. Due to his loyalty to the US military, he wrote many stories that tell American heroes in the 2003 war. Including the story of the Iraqi translator who worked with the US military, the Iraqi intelligence officer who worked with the CIA, and the Sniper who was killing the militias affiliated with Iran. Ibraham worked with the US Military in Iraq for seven years. During that time he was threatened by Iranian militias and terrorist groups. After long suffering and a struggle for survival, he arrived in America in 2011, leaving Iraq bleeding under the oppression of militias and armed groups. The United States of America became Ibraham's country that gave him all he wished for freedom and lived in peace. Shortly, he began working with US Special Forces and the US Marines as a language and cultural adviser. Also, he worked on several American TV series and films as a language and cultural consultant.Today Alzubaidy carrying his childhood dreams hoping to see his films will be produced in Hollywood and see them in international cinemas.