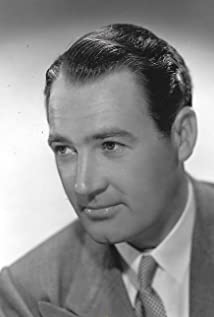 Ian Hunter was born in the Kenilworth area of Cape Town, South Africa where he spent his childhood. In his teen years he and his parents returned to the family origins in England to live. Sometime between that arrival and the early years of World War I, Hunter began exploring acting. But in 1917 - and being only 17 - he joined the army to serve in France for the year of war still remaining. Within two years he did indeed make his stage-acting debut. Hunter would never forget that the stage was the thing when the lure of moving making called - he would always return through his career. With a jovial face perpetually on the verge of smiling and a friendly and mildly English accent, Hunter had good guy lead written all over him. He decided to sample the relatively young British silent film industry by taking a part in Not for Sale (1924) for British director W.P. Kellino who had started out writing and acting for the theater. Hunter then made his first trip to the U.S. - Broadway, not Hollywood - because Basil Dean, well known British actor, director, and producer, was producing Sheridan's "The School for Scandal" at the Knickerbocker Theater - unfortunately folding after one performance. It was a more concerted effort with film the next year back in Britain, again with Kellino. He then met up-and-coming mystery and suspense director Alfred Hitchcock in 1927. He did Hitch's The Ring (1927) - about the boxing game, not suspense - and stayed for the director's When Boys Leave Home (1927). And with a few more films into the next year he was back with Hitchcock once more for Easy Virtue (1927), the Noël Coward play. By late 1928 he returned to Broadway for only a months run in the original comedy "Olympia" but stayed on in the United States via his first connection with Hollywood. The film was Syncopation (1929), his first sound film and that for RKO, that is, one of the early mono efforts, sound mix with the usual silent acting. As if restless to keep ever cycling back and forth across the Atlantic - fairly typical of Hunter's career - he returned to London for Dean's mono thriller Escape! (1930). There was an interval of fifteen films in all before Hunter returned to Hollywood and by then he was well established as a leading man. With The Girl from 10th Avenue (1935) with Bette Davis, Hunter made his connection with Warner Bros. But before settling in with them through much of the 1930s, he did three pictures in succession with another gifted and promising British director, Michael Powell. He then began the films he is most remembered from Hollywood's Golden Era. Although a small part, he is completely engaging and in command as the Duke in the Shakespearean extravaganza of Austrian theater master Max Reinhardt, A Midsummer Night's Dream (1935) for Warner Bros. It marked the start of a string of nearly thirty films for WB. Among the best remembered was his jovial King Richard in the rollicking The Adventures of Robin Hood (1938). Hunter was playing the field as well - he was at Twentieth Century as everybody's favorite father-hero - including Shirley Temple - in the The Little Princess (1939). And he was the unforgettable benign guardian angel-like Cambreau in Loew's Strange Cargo (1940) with Clark Gable. He was staying regularly busy in Hollywood until into 1942 when he returned to Britain to serve in the war effort. After the war Hunter stayed on in London, making films and doing stage work. He appeared once more on Broadway in 1948 and made Edward, My Son (1949) for George Cukor. Although there was some American playhouse theater in the mid-1950s, Hunter was bound to England, working once more for Powell in 1961 before retiring in the middle of that decade after nearly a hundred outings before the camera.

The Secret of Monte Cristo

She Played with Fire

The Battle of the River Plate

It Started in Paradise

Forever and a Day

Come Live with Me