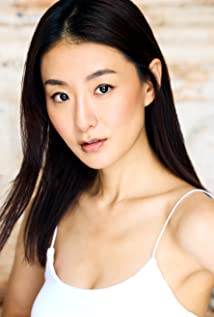 Hyunri LEE (well known as "Hyunri" in Japan and Korea )is born in Tokyo, Japan of Korean descent. She is completely bilingual in Japanese and Korean. She lived in Oxford, England when she was a teenager. And she moved to study acting in Shin-Yong Wook Acting academy in Korea at the same time as an exchange student at Yonsei University from Aoyama Gakuin University majoring in law. After college she returned to Japan and landed acting jobs in many Japanese films as well as top TV shows. In 2016, Her first starring role, she played a Japanese Korean girl living in Tokyo, in "The Voice of Water" which was officially invited to the 65th Berlin International Film Festival. This film received numerous awards including the Rising Star Award in the 29th Takasaki Film Festival. She also received People choices Asian Star award in Seoul international drama awards 2017. In 2020, she appearing as the support role Hiroko Kusakabe in the movie "Wife of a Spy" directed by Kiyoshi Kurosawa won the Silver lion prize in Venice International Film Festival. Also in 2021, the role of Tsugumi in the movie "The wheel of fortune and fantasy" directed by Ryusuke Hamaguchi won the prize of Silver Bear Grand July prize in Berlin International Film Festival. The best well known her role in Japan is Saeko Harada in "Mistresses" based on BBC's TV series and the role of Yoon Jian in "Love you as the world ends" on Hulu(2021). Hyunri also hosts her own radio show for one of the largest radio stations J-WAVE in Tokyo since 2017. She speaks fluent Japanese, Korean and English.

Love You as the World Ends

Wheel of Fortune and Fantasy

Wife of a Spy

The Sea of Trees