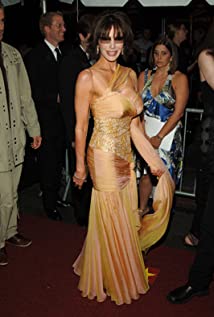 Born Deborah Jo Hunter in Fort Worth, the native Texan is an accomplished equestrian with a degree in pre-med from Fordham University in New York. She was a top fashion model in the seventies and eighties, and began her acting career in Dallas, Texas doing plays such as "Vanities", "The Marriage-Go-Round", "I Ought To Be in Pictures", "The Odd Couple" and "The Dining Room". More recently, she appeared at the Beverly Hills Theater, in "Rear Window". In her early television career beginning in 1984, she landed 3 major contract roles, finally remaining with CBS's The Bold and the Beautiful (1987) for the past 23 years, as "Dr. Taylor Forrester". She has appeared on numerous magazine covers. She has received many awards, and is consistently voted as "Most Popular Actress" in "Soap Digest" and "CBS Daytime". She has guest-starred on many prime-time shows, including Diagnosis Murder (1993), The Nanny (1993) and Zorro (1990), as well as movies for the Hallmark Channel, and mini-series such as The Maharaja's Daughter (1994), co-starring with Bruce Boxleitner and Ann-Margret. Hunter has twice been named as one of People Magazine's "50 Most Beautiful People" and has been the spokesperson for over 50 international products. She has done more than 500 commercials - her most notable as the "Pantene Girl". She is launching a skin care line, with an exclusive patented rejuvenating molecule, derived by cutting-edge technology, which she helped create. In her book, "Making a Miracle" (1999), Hunter recounts the trials and tribulations she endured after being fired from Melrose Place (1992) for becoming pregnant, and her daughter Katya's subsequent battle with a rare form of eye cancer, "Retinoblastoma", at the age of three-months-old.She has a sister, Elizabeth, and a brother, Cliff. She became pregnant very young, with a son, Christopher, who was born around 1980. In the mid-1980s, she met future husband Michael Tylo while they both worked on the soap All My Children (1970). They had a son, Michael (nicknamed Mickey), who was born around 1987. Although their marriage suffered some problems, they managed to overcome them. In the mid-1990s, Hunter reaffirmed her belief in Christianity, and has become an active Christian.Hunter is a public speaker, giving messages of encouragement and hope for parents and families of children facing fatal childhood illnesses. In October of 2007, Hunter's son, Michael E. Tylo II, died as a result of epilepsy. Hunter is known as an advocate for working mothers. In 1998, she won a landmark case setting a precedent for the Pregnancy Discrimination Act, after being fired from Melrose Place (1992) for becoming pregnant. Hunter also works with "Retinoblastoma International", and her own charity, "Hunter's Chosen Child".Hunter has studied acting with Gene Frankel in New York, actor Alan Arkin, as well as Roy London and Ivana Chubbuck, in Los Angeles. Hunter's skills include dialects, martial arts, gourmet cooking, kick-boxing, mountain biking, snowboarding, and horseback riding.

They Are Among Us