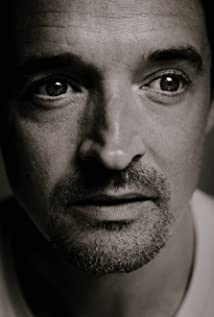 A young dramatic actor of film and TV who has appeared in several dark big-screen dramas, the Irish-born O'Conor (not to be confused with the late American actor Hugh O'Connor) began acting at the age of eight. O'Conor was still a relative unknown pre-teen when he co-starred with Liam Neeson in the British-made feature Lamb (1985), playing the ten-year-old Owen, a lonely epileptic boy who is temporarily rescued from a violent and oppressive children's home by Brother Sebastian (Neeson). It was three years before the actor landed another major film role, that of the youthful version of Martin Sheen's narrator (seen in flashbacks) in the 1988 film adaptation of Hugh Leonard's heartwarming Tony-winning play "Da". His next film was the Daniel Day Lewis tour de force My Left Foot (1989). Directed by Jim Sheridan, the film told the story of the severely handicapped writer Christy Brown. Once again, O'Conor played the lead as a child, but this was a much more demanding and widely-seen performance. Much lighter in tone was the big-budget remake of _The Three Musketeers (1993)_, in which O'Conor played the Boy King Louis, who is protected from assassination by the title characters. O'Conor's first starring role came with Ben Ross' dark British comedy The Young Poisoner's Handbook (1995), in which he was an amateur toxicologist unwisely paroled from prison after testing his theories on family and friends, with fatal results. Based on a true story, it was a thoroughly unpleasant bit of work, yet found an appreciative audience. The following year, O'Conor played a teen trying to form a rock band in 1959 Russia in Red Hot (1993).

Property of the State