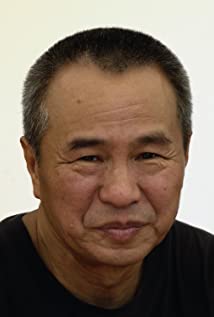 Of the ten films that Hsiao-Hsien Hou directed between 1980 and 1989, seven received best film or best director awards from prestigious international films festivals in Venice, Berlin, Hawaii, and the Festival of the Three Continents in Nantes. In a 1988 worldwide critics' poll, Hou was championed as "one of the three directors most crucial to the future of cinema."Hou's birthplace, a county in Kuangtung Province, had been well-known as an intellectual center in China. In 1948, his family moved to Taiwan and, like all children raised there, he went through an extremely demanding educational system. In 1969, he studied film at the National Taiwan Arts Academy. After graduation in 1972, he worked briefly as a salesman. Later he began his film career as a scriptwriter and assistant director.Hou's films are often concerned with his experiences of growing up in rural Taiwan in the 1950s and 1960s. The 1950s marked a time in which refugee families from the mainland were struggling painfully for survival, while the 1960s saw the beginning of the most significant social change in modern Taiwan. The economic boom of that period meant the beginning of Western-style industrialization and urbanization. The normal frustrations of growing up were aggravated by these complicated changes, and Hou's films are intimate expressions of those experiences.His emotionally charged work is replete with highly nostalgic images and beautiful compositions; their power lies in his total identification with the past and the fate of families who suffered through difficult times. His stories, often written in collaboration with scriptwriters T'ien-wen Chu and Nien-Jen Wu, depict the complex intertwining of the different strands that shape the lives of individuals. In a poetic yet relaxed style, they reflect a deep sympathy and a profound humanism.

Beyond Beauty: Taiwan from Above

Let the Wind Carry Me