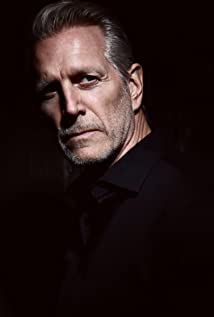 Hoyt Richards is an award winning actor, writer and producer who was born in Syracuse, New York. He grew up in the Main Line area outside of Philadelphia, PA. He is is the fourth of six children. A high school scholar-athlete, who excelled at football and track, Hoyt graduated from Princeton University with an Economics Degree. A football injury led to him led him to New York to see a shoulder specialist -- where he was discovered as a fashion model. Hoyt had a long successful modeling career before turning his efforts to acting, writing and producing. He is considered by many in the fashion industry to be the world's first male supermodel.Hoyt moved to Los Angeles in 2000 to pursue his growing interest in the entertainment industry. In 2010, he created a production company, Tortoise Entertainment. Tortoise has released two films to date, "Dumbbells" and "Intersection." Together these films have won well over a two hundred awards on the film festival circuit. "Dumbbells,"a buddy comedy set in a gym, won over thirty-five (35) Best Picture awards and Hoyt won multiple awards for Best Actor and Best Screenplay. His romantic thriller, "Intersection," won over fifty (50+) Best Picture awards and Hoyt won thirty (30) Best Actor awards for his role as Cobb Mills. As screenwriter, Hoyt has placed in the top 30 of Slamdance Screenplay Competition twice, he's a Golden Script finalist and an Academy Nicholl Fellowships quarter-finalist.