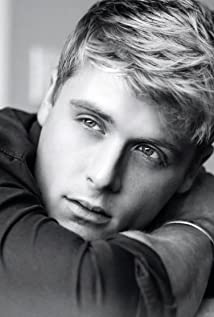 Young Hollywood actor on the rise Houston Stevenson can next be seen starring in the sequel to Lifetime's horror film "Stalker's Prey." The second installment, which is set on the beaches of the fictitious Hunter's Cove is directed by Colin Theys and slated to debut in 2019. Stevenson shines as Bruce, a charming well-mannered guy with a dark side. In addition to "Stalker's Prey" Stevenson recently wrapped filming a lead role in the upcoming thriller "FearPHarm," directed by Dante Yore. The feature follows four kids desperate attempt to escape a haunted maze. Stevenson stars as Brandon, a recent graduate and lovable jock who finds himself in troublesome situations. "FearPHarm" is set to be released in February 2020. Born and raised in Vancouver, Stevenson first discovered his love for acting at the tender age of five and by ten was avidly filming and making family movies. He studied at Shawnigan Lake School on Vancouver Island, while landing roles in local theater productions. Upon graduating from high school Stevenson found himself in the UK training with renowned acting coach Andy Johnson. He garnered a scholarship to the American Musical Dramatic Academy (AMDA) and went on to train with the acclaimed Ivana Chubbuck Studio in Los Angeles. Stevenson launched his career by garnering the attention of Kenny Ortega ("High School Musical") while working as a production assistant for the Disney Channel Original Movie "Descendants 2." Stevenson landed a cameo role in the film and went on to also appear in the third installment. He has been working steadily ever since. Houston currently divides his time between Vancouver and Los Angeles and is a dual citizen.