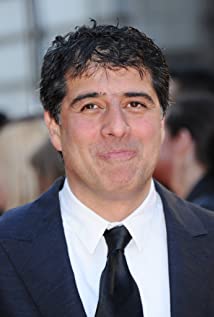 Hossein Amini was born in Iran, and when he was 11 years old, he and his family moved to England. Amini's first screenplay was for the 1994 TV movie The Dying of the Light, which was directed by Peter Kosminsky. The TV movie covered the murder of Sean Devereux, an aid worker who was murdered in Somalia in 1993 for criticizing arms sales. It was nominated "Best Single Drama" at the British Academy Television Awards. Amini also wrote an adapted screenplay of the 1895 novel Jude the Obscure by Thomas Hardy. Producer Andrew Eaton commissioned the screenplay in 1995, and it was filmed by Michael Winterbottom as Jude, released in 1996. Amini also wrote a screenplay for another TV movie, Deep Secrets, which aired in 1996. Amini wrote the adapted screenplay for The Wings of the Dove, which was based on the 1902 eponymous novel by Henry James. The film, directed by Iain Softley, was released in 1997 and received critical claim. Amini was nominated for an Academy Award for Best Writing - Adapted Screenplay. In September 2013, Amini delivered a screenwriting lecture as part of the BAFTA and BFI Screenwriters' Lecture Series.

The Two Faces of January

The Wings of the Dove