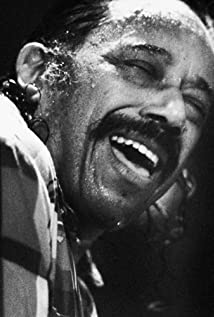 Jazz composer-pianist Horace Silver took an interest in music as a young boy after becoming romantically interested in a 12-year-old girl who knew how to play the piano. After convincing the object of his affections to give him piano lessons, young Horace discovered his niche. He had, however, been exposed early to numerous Afro-American musical forms as well as a variety of genres from the African Diaspora. He grew up listening to the folk music of his father's native Cape Verde, the African island formerly colonized by Portugal. Additionally, he was entranced by the African-American jazz, gospel and blues prevalent during his formative years. In high school he played saxophone and piano, citing Thelonious Monk and Bud Powell as major influences during this period. In 1950 he was hired by saxophonist-composer Stan Getz. Remaining with Getz for a year, Silver began to develop his skills as a composer and produced the songs "Split Kick" and "Potter's Luck". Moving from his native Norwalk, Connecticut, to New York City in 1951, he played with a long line of jazz luminaries that included Miles Davis, Lester Young, Coleman Hawkins, Milt Jackson and Art Blakey. He signed with Blue Note Records in 1952 and made many hit records for the label, continuing with the label until 1980. His stint with the cooperatively-led The Jazz Messengers (later known under the leadership of drummer Blakey) began in 1953 when the era of hard-bop was becoming the new jazz standard. Silver continued to gain prominence as a band leader, pianist and composer in spite of being diagnosed in the late 1950s with rheumatoid arthritis in one of his hands and a malformed spine that resulted from a childhood illness. From 1960 onward he produced several jazz classics that draw on both his Afro-Portuguese and Afro-American heritage, as well as Afro-Latin forms. Among his most notable compositions are "Senor Blues", "Doodlin'", "Sister Sadie", "The Preacher", "Opus de Funk", "Nica's Dream" and a 1964 Cape Verdean-Bossa Nova classic called "Song For My Father". Just as Art Blakey's Band has become legendary as a training ground for young talent, so did Silver's own band. Among his members have been the noted jazz saxophonist-composer Joe Henderson, the Brecker Brothers, Benny Golson and Woody Shaw. In 1996 readers of Down Beat Magazine justifiably voted Silver into the Down Beat Hall of Fame. Not content to rest on his laurels, he continues to be a major influence on Jazz musicians everywhere and continues to compose, record and perform throughout the world.

A Great Day in Harlem