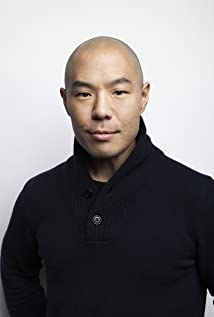 Hoon Lee is an award-winning American stage and screen actor. Born in Minnesota, he grew up in Connecticut and the Boston area before moving to New York.Trained as a fine artist and graphic designer, he first worked in the tech industry as a creative director and interface designer before transitioning to acting. He has appeared on Broadway in Flower Drum Song, Urinetown, Pacific Overtures and most recently the Lincoln Center production of The King and I, where he played the King of Siam. Off-Broadway and regional credits include The Winter's Tale at Yale Rep, Hamlet and Love's Labor's Lost at The Public Theatre, David Ives' School for Lies, Terrence McNally's Golden Age, and David Henry Hwang's Yellow Face, where he originated the role of DHH, and received a Theatre World Award and Drama League nomination.Among his various film and television credits, he is known for his portrayal of Job, a smart-mouthed cross-dresser computer-hacking criminal on Cinemax's critically-acclaimed Banshee. He also voiced Master Splinter on Nickelodeon's Teenage Mutant Ninja Turtles.Other roles include Dr. Park in Season 2 of Cinemax's Outcast, created by Robert Kirkman, Reggie Lee on Bosch, and more recently Wang Chao, a wily fixer on Warrior, a critically recognized show originally conceived by Bruce Lee.He is a graduate of Harvard University and resides in Charlotte, NC.8/9/2019