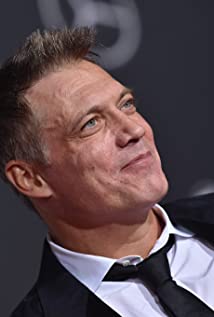 In a career spanning over 30 years, Holt McCallany has worked with some of the world's best directors including David Fincher, Guillermo del Toro, David O'Russell, Guy Ritchie, William Friedkin, Lawrence Kasdan, Walter Hill, Clint Eastwood, Brian De Palma, and Michael Mann among others.Holt currently stars in the Netflix series Mindhunter where he plays Bill Tench, an FBI agent researching serial killers in the late 1970s. He also has roles in three upcoming films: Nightmare Alley by Academy Award winning director Guillermo del Toro, Cash Truck by Guy Ritchie and The Ice Road by Jonathan Hensleigh. Holt has appeared in memorable supporting roles in movies like Fight Club, Three Kings, Alien III, and Men of Honor to name a few. In 2011, Holt was the star of the raw and gritty FX series Light's Out where he played a boxer with pugilistic dementia.Born into a theatrical family, Holt's father, Michael, was a Tony Award winning Broadway producer and his mother was the legendary cabaret singer Julie Wilson. At 14, Holt ran away from home and took a Greyhound bus to Hollywood with dreams of becoming an actor, but he ended up working in a screwdriver factory. His parents eventually tracked him down and sent him to a boarding school in Ireland.At 18, Holt traveled to France where he studied French at the Sorbonne, art at The Paris American Academy and, later, theater at L'École Marcel Marceau and L'École Jacques Lecoq. He went on to study Shakespeare at Oxford and later worked extensively in theater in the United States and abroad.He is unmarried and lives in New York City.