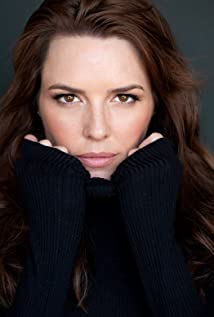 Coming from the small town of Sylmar, Calif., Hollywood seemed like nothing more than a distant dream for Holly Lynch, however, it would soon become her home away from home. After signing with Elite Modeling Agency as a teenager, Lynch quickly went from a Neutrogena campaign and spread in Seventeen magazine, to traveling the globe and modeling in campaigns with some of the world's most well-known brands, including Guess, Apple, Forever 21 and Chanel, to name a few. She also instantly gained global recognition after starring in John Mayer's music video for his 2001 hit song "Your Body Is a Wonderland." However, it was after a pep talk from George Clooney during a 2003 commercial shoot for Toyota (Japan) that Lynch started to dabble in acting. "I hadn't done any TV or film work, but I thought about it," Lynch shares. "George told me to stop thinking and just do it. He said I was a natural and would do very well. What he said made me take the leap! I started studying at the Howard Fine Studio that next year."Lynch got her first big break on the small screen when she was cast in the television series CSI: Miami, and has since appeared on numerous shows, including Entourage, Cold Case, CSI: NY, Necessary Roughness, The Vampire Diaries, Rules of Engagement and Ray Donovan. Lynch credits greats like Meryl Streep, Julianne Moore, Cate Blanchett and Naomi Watts as her inspiration, explaining, "I love telling stories. I love affecting people and pushing them to feel something." She adds, "I love it when a performance can push an audience to a place of pure imagination, making them think outside themselves and disappear into a story."Growing up, Lynch had a rough childhood due to dire situations at home, and could have never predicted achieving this lifestyle. "I never even thought it as a possibility," she says."Where I grew up and the community I was surrounded by, we didn't have a single artist of any kind. It was a blue collar world where no one had any creative aspirations or dreams. Even though I lived close to Hollywood, I felt like I lived on a different planet. I had no idea what I was capable of and that the possibilities were endless."