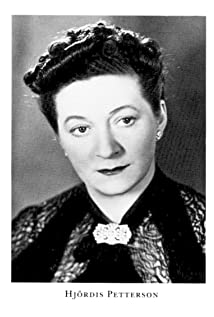 When Hjördis Petterson was twelve years old, the local movie theatre in Visby needed somebody who could play the piano, so they gave her the opportunity. She also played the piano for the local amateur theatre, Visby Amatörsällskap, and eventually she got her first part. She became interested and got herself a tutor, the actor Emil Hillberg. When she was 18, she moved to Stockholm in 1926 to become an actor, and in 1927 she became a pupil at the Royal Theatre of Dramatic Art. This led to a professional career, first in bit parts but later in greater roles. Her first movie was Kanske en diktare (1933). She mainly worked in the theatre, only making small roles in front of the camera. Notable appearances are Lille Fridolf och jag (1956) and The People of Hemso (1955). She is the Swedish actress who has made the most number of movies. Her last acting performance was in 1985.

The Passion of Anna