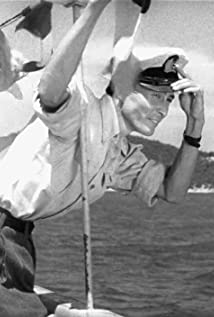 One of Japan's most distinctive character actors, Eisei Amamoto is one of their cinema's few personalities who is easily recognizable to Western movie buffs. Tall (six feet) and skeletal of build, bony-faced and wild-haired (when not ensconced in a vast silver wig), Amamoto's persona inspired Woody Allen to dub him with an imitation Peter Lorre voice in What's Up Tiger Lily? (1966). He was better served by Paul Frees' menacing tones in King Kong Escapes (Kingukongu no gyakushu, 1967). But neither voice matches Amamoto's own, surprisingly deep and resonant for his scrawny, sunken-chested frame. It might have served him well had he pursued his original career choice: politics. He barely managed to dodge the draft into Japan's Pacific War, through acceptance to Tokyo University, his nation's most prestigious school. He studied law, for he wished to become a diplomat, but he soon grew disillusioned in his studies, his world view darkened by the mire into which his country was plunging through its disastrous war. A sympathetic older sister rescued him from his self-confessed nihilism by introducing him to friends in the entertainment field who encouraged Amamoto to become an actor. Through these connections, Amamoto landed a place in the highly regarded Hayuza group of stage actors, where in an early bit of what would become typecasting, he portrayed a knife-wielding madman in the play "Dojinkai". There he was spotted by director Keisuke Kinoshita, who observed "THERE'S an interesting-looking guy", and promptly cast him in a small but pivotal role in his classic Twenty-Four Eyes (1954). Amamoto later joined Toho Studios, where he was at first nothing more than a background player in the likes of Nippon Tanjo (1959). His parts grew steadily larger and more showy in the likes of Denso ningen (The Secret of the Telegian, 1960) and Yojinbo (1961). By the late 1960s he was equally recognized for samurai films like Sword of Doom and science fiction/fantasy projects like Kingukongu no gyakushu (1967). Though he could hardly be less similar to Peter Lorre, he is at least as big a cult figure in present-day Japan, lending his name and presence to any number of films, TV shows and animated productions. As well, he has cultivated a reputation as an eccentric TV talkshow presence. Always fascinated by the country of Spain, he has also played flamenco guitar on the stage, sometimes in collaboration with his friend and fellow actor Yoshio Tsuchiya. He has written several books about Spain, and spends as much time living there as he can.

Godzilla, Mothra and King Ghidorah: Attack of the Giant Monsters

Mizu no naka no hachigatsu

My Soul Is Slashed