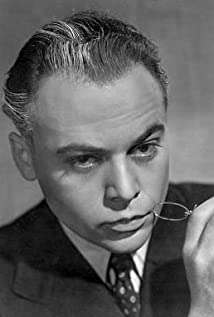 Herbert Lom was born on September 11, 1917 as Herbert Charles Angelo Kuchacevich ze Schluderpacheru into an aristocratic family living in genteel poverty. His incredibly long surnames led him to select the shortest surname he could find extant ("Lom") and adopt it as his own, professionally. He made his film debut in the Czech film Woman Below the Cross (1937) and played supporting and, occasionally, lead roles. His career picked up in the 1940s and he played, among other roles, Napoleon Bonaparte in The Young Mr. Pitt (1942) and in War and Peace (1956). In a rare starring role, Lom played twin trapeze artists in Dual Alibi (1947). He continued into the 1950s with roles opposite Alec Guinness and Peter Sellers in The Ladykillers (1955), and Robert Mitchum, Jack Lemmon and Rita Hayworth in Fire Down Below (1957). His career really took off in the 1960s and he got the title role in Hammer Films' production of The Phantom of the Opera (1962). He also played "Captain Nemo" in Mysterious Island (1961) and landed supporting parts in El Cid (1961) and an especially showy role in Spartacus (1960) as a pirate chieftain contracted to transport Spartacus' army away from Italy.The 1960s was also the decade in which Lom secured the role for which he will always be remembered: Clouseau/Peter Sellers' long-suffering boss, Commissioner Charles Dreyfus, in the "Pink Panther" films, in which he pulled off the not-inconsiderable feat of stealing almost every scene he and Sellers were in--a real accomplishment, considering what a veteran scene-stealer Sellers was. However, Lom did not concentrate solely on feature films. He became a familiar face to British television viewers when he starred as Dr. Roger Corder in The Human Jungle (1963). He moved into horror films in the 1970s, with parts in Asylum (1972) and And Now the Screaming Starts! (1973). He played Prof. Abraham Van Helsing opposite Christopher Lee in Count Dracula (1970), matching wits against the sinister vampire himself.Lom appeared as one of the victims in Ten Little Indians (1974), the drunken Dr. Edward Armstrong. His career continued into the 1980s, a standout role being that of Christopher Walken's sympathetic doctor in The Dead Zone (1983). He also played opposite Walter Matthau in Hopscotch (1980) and returned to the murder mystery Ten Little Indians (1989), this time playing The General. Lom has been taking it easy since then, though he returned to his familiar role of Dreyfus in Son of the Pink Panther (1993). He was always a reliable and eminently watchable actor, and unfortunately did not receive the stardom he should have.Herbert Lom died in his sleep at age 95 on September 27, 2012, in London, England.

Helmut Berger, My Mother and Me

Son of the Pink Panther

The Pope Must Diet

The Masque of the Red Death