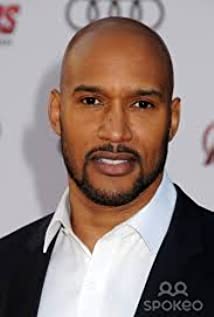 Henry Simmons was born in Stamford, Connecticut, one of three children to Aurelia, a school teacher, and Henry Simmons, Sr., an IRS agent. One of his sisters is his twin. Simmons earned a basketball scholarship at Franklin Pierce College in New Hampshire. He graduated with a business degree and went to work for a Stamford financial firm. He quickly realized that was not his calling and left to pursue acting.He moved to New York City to study and pursue a career in acting. His first acting job was the movie Above the Rim (1994), starring Tupac Shakur. He made his TV debut in a 1994 Saturday Night Live (1975) skit, that infamously starred Martin Lawrence. He then got numerous guest star roles on television, roles in film, as well as making his New York theater debut in William Inge's "Boy In The Basement". This led to a continuous role on the soap opera "Another World" where he worked for two years. He went on to star on "NYPD Blue" for six seasons, then moved to Los Angeles and has been featured in The Cleaner (2008), Raising the Bar (2008), Bones (2005) and Agents of S.H.I.E.L.D. (2013).

Superman vs. The Elite