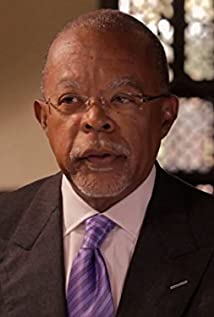 Henry Louis Gates, Jr. is the Alphonse Fletcher University Professor and Director of the Hutchins Center for African & African American Research at Harvard University. Emmy Award-winning filmmaker, literary scholar, journalist, cultural critic, and institution builder, Professor Gates has authored or co-authored twenty-four books and created twenty-one documentary films, including Wonders of the African World, African American Lives, Faces of America, Black in Latin America, Black America since MLK: And Still I Rise, Africa's Great Civilizations, and Finding Your Roots, his groundbreaking genealogy series now in its sixth season on PBS. His six-part PBS documentary series, The African Americans: Many Rivers to Cross (2013), which he wrote, executive produced, and hosted, earned the Emmy Award for Outstanding Historical Program-Long Form, as well as the Peabody Award, Alfred I. duPont-Columbia University Award, and N.A.A.C.P. Image Award. Professor Gates's latest project is the history series, Reconstruction: America after the Civil War (PBS, 2019), and the related books, Dark Sky Rising: Reconstruction and the Dawn of Jim Crow, with Tonya Bolden (Scholastic, 2019), and Stony the Road: Reconstruction, White Supremacy, and the Rise of Jim Crow (Penguin Random House, 2019).Having written for such leading publications as The New Yorker, The New York Times, and Time, Professor Gates serves as chairman of TheRoot.com, a daily online magazine he co-founded in 2008, and chair of the Creative Board of Fusion TV. He oversees the Oxford African American Studies Center, the first comprehensive scholarly online resource in the field, and has received grant funding to develop a Finding Your Roots curriculum to teach students science through genetics and genealogy. In 2012, The Henry Louis Gates, Jr. Reader, a collection of his writings edited by Abby Wolf, was published.The recipient of fifty-five honorary degrees and numerous prizes, Professor Gates was a member of the first class awarded "genius grants" by the MacArthur Foundation in 1981, and in 1998, he became the first African American scholar to be awarded the National Humanities Medal. He was named to Time's 25 Most Influential Americans list in 1997, to Ebony's Power 150 list in 2009, and to Ebony's Power 100 list in 2010 and 2012. He earned his B.A. in English Language and Literature, summa cum laude, from Yale University in 1973, and his M.A. and Ph.D. in English Literature from Clare College at the University of Cambridge in 1979. In 2018, he was one of 15 alumni of African descent honored in the exhibition, Black Cantabs: History Makers, at the Cambridge University Library. Professor Gates has directed the W. E. B. Du Bois Institute for African and African American Research-now the Hutchins Center-since arriving at Harvard in 1991, and during his first fifteen years on campus, he chaired the Department of Afro-American Studies as it expanded into the Department of African and African American Studies with a full-fledged doctoral program. He is a member of the American Academy of Arts and Letters and serves on a wide array of boards, including the New York Public Library, the NAACP Legal Defense Fund, the Aspen Institute, Jazz at Lincoln Center, the Whitney Museum of American Art, Library of America, and the Brookings Institution. In 2017, the Organization of American States named Gates a Goodwill Ambassador for the Rights of People of African Descent in the Americas. His portrait, by Yuqi Wang, hangs in the National Portrait Gallery in Washington, D.C.

Mankind the Story of All of Us

America: The Story of Us