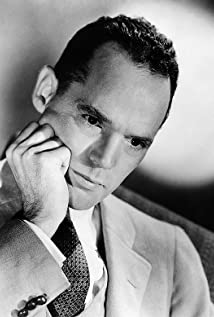 Henry Hull, the actor who created the role of Jeeter on Broadway in "Tobacco Road," was born in Louisville, Kentucky, on October 13, 1890, the son of a drama critic. Originally intending to become an engineer, Hull became an actor and made his Broadway debut in "Green Stockings" less than two weeks before his 21st birthday, on October 2, 1911. Two years later he appeared again on Broadway in support of John Barrymore in "Believe Me, Xantippe." He then quit the stage to go prospecting for gold, using his skills as a mining engineer. When he failed to find his El Dorado, Hull turned back to acting, appearing in "The Man Who Came Back" in 1916. He made his first films at the nearby World Pictures in 1917, most famously starring as the ill-fated Aleksandr Kerensky in Rasputin, the Black Monk (1917). The following year he appeared in the second film adaptation of Louisa May Alcott's famous novel Little Women (1918).Although he appeared in about a dozen films from just after World War One to the mid '30s, Hull concentrated on the stage until he went to Hollywood to appear as Magwitch in Great Expectations (1934). He even had a play he wrote produced on Broadway, "Manhattan," which made its debut on August 15, 1922, at the Playhouse Theatre and ran for a respectable (for the time) 86 performances.Hull made his mark in the history of the horror film, one of Hollywood's most venerable genres, by appearing in the title role in Werewolf of London (1935). Six feet tall and slender, Hull had a rich and cultured voice, which put him in demand as a supporting player in the Golden Age of Hollywood. He was, however, somewhat of a mannered actor in a style that went out of favor after the death of John Barrymore, and he often gave a performance, such as that of the newspaper editor in The Return of Frank James (1940), that was a thick slice of ham. However, his mannerisms and plummy voice were perfect for certain roles such as the obnoxious millionaire conceived by populist John Steinbeck for Lifeboat (1944).Hull's greatest success as an actor was on Broadway, limning Erskine Caldwell's Jeeter in "Tobacco Road," which still ranks as the longest-running drama in the Great White Way's history, opening on December 4, 1933, and closing on May 31, 1941, after 3,182 total performances. (Hull, of course, did not play the entire run; Jeeter was also played by James Barton and Will Geer). By early 1936 Hull was starring on Broadway in Maxwell Anderson's "The Masque of Kings". When John Ford went looking to cast roles in his film version of the play Tobacco Road (1941), he chose lovable old coot Charley Grapewin for Jeeter; Grapewin had been memorable as Grandpa Joad the year before in Ford's classic adaptation of Steinbeck's novel, The Grapes of Wrath (1940).Henry Hull's last film appearance was as a sort of chorus along with Jocelyn Brando in The Chase (1966). He was the brother of actor Shelly Hull, the brother-in-law of Shelly's wife Josephine Hull and the father of producer Shelley Hull with his wife, actress Juliet Fremont, with whom he had appeared on Broadway in 1916 in "The Man Who Came Back." Their son Henry Hull Jr. had a minor career on Broadway, appearing in and serving as assistant stage manager in his father's "The Masque of Kings," as well as appearing in the ensemble in the legendary "Hamlet" of John Gielgud that was on Broadway in 1936.

Master of the World

The Sheriff of Fractured Jaw

Man with the Gun