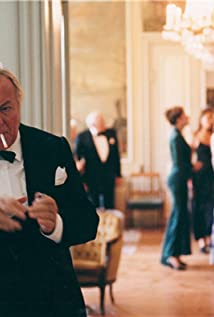 Henning Moritzen is a well-known Danish screen and stage actor. Born in Tårbæk near Copenhagen and with a secondary school degree from Grønnevangsskolen in Ordrup, Henning Mortizen was educated as an actor at Privatteatrenes Elevskole. Since the early 1950s he has been a stage actor with countless successes, especially The Royal Theatre in Copenhagen, earning a reputation as one of the great male leads of Danish theatre. His work shows a high degree of variation, from comedy to musical to drama, modern as well as classical. To his stage career came the natural addition of film and television work of which Harry og kammertjeneren (1961), Hjemme hos William (1971) and Memories of a Marriage (1989) can be mentioned as highpoints. And even later, the international success The Celebration (1998) gave him a strong part as the dominant father.