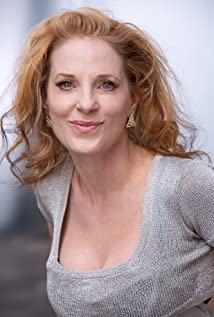 Born in Albuquerque, New Mexico, but a dual citizen with a British passport, Helene Udy is best known for playing edgy, rough hewn and often sympathetic portrayals of misunderstood characters the most well known of which is the series regular prostitute "Myra" on the popular CBS TV Western Dr. Quinn Medicine Woman. One of two daughters, Helene began her acting career as a child in Canadian shows for the CBC, CTV and Global Canadian television networks. She studied at Montreal's Dome Theater school and pursued a degree in film at Montreal's Dawson College, while continuing her acting career in Canadian movies (such as Pick-up Summer (1980), My Bloody Valentine (1981), Pin (1988), The Dead Zone (1983), Hog Wild (1980)), before moving to New York for her soap series gig on As the World Turns (1956). In Los Angeles, among the plays Helene has produced and directed, "Out in America", by Canadian writer Katie Ford, won several prestigious Backstage West Awards for Production and Direction. And Rehab the Musical won the Hollywood Fringe Festival 2010.While working as a series regular on the CBS series, Dr. Quinn, Medicine Woman (1993), Helene grown a solid reputation for her work in Independent genre (and other) films, working repeatedly for upcoming talented filmmakers like Troy Escamilla ( The Stirring), Jake Zelch (Mia Moss), Jackson Ward ( Vampyr), Jeff Schneider (Fading flowers) and most notoriously , for the talented and prolific genre master David De Coteau, whom she has also followed back into the mainstream, with comedic family projects like A husband for Christmas. n her free time, Helene is also an acrobat who's disciplines include The areal silks and partner hand balancing. Additionally, after studying with clown greats John Gilkey and Stefan Haves , both of Cirque du Soleil fame, as well as David Bridel of "The Clown school" in Los Angeles ( among others), and thus inspired by a new passion for comedy, Helene also produces a monthly underground Cabaret clown show called "Was ist Das?" at her home in Los Angeles. She is also a standing member of the Clown Troupe "Mil Grus".

Evil Under the Skin