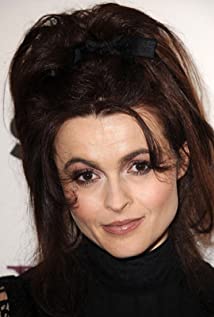 Helena Bonham Carter is an actress of great versatility, one of the UK's finest and most successful.Bonham Carter was born May 26, 1966 in Golders Green, London, England, the youngest of three children of Elena (née Propper de Callejón), a psychotherapist, and Raymond Bonham Carter, a merchant banker. Through her father, she is the great-granddaughter of former Prime Minister Herbert H. Asquith, and her blue-blooded family tree also contains Barons and Baronesses, diplomats, and a director, Bonham Carter's great-uncle Anthony Asquith, who made Pygmalion (1938) and The Importance of Being Earnest (1952), among others. Cousin Crispin Bonham-Carter is also an actor. Her maternal grandfather, Eduardo Propper de Callejón, was a Spanish diplomat who was awarded the honorific Righteous Among the Nations, by Israel, for helping save Jews during World War II (Eduardo's own father was a Czech Jew). Helena's maternal grandmother, Hélène Fould-Springer, was from an upper-class Jewish family from France, Austria, and Germany, and later converted to her husband's Catholic faith.Bonham Carter experienced family dramas during her childhood, including her father's stroke - which left him wheelchair-bound. She attended South Hampstead High School and Westminster School in London, and subsequently devoted herself to an acting career. That trajectory actually began in 1979 when, at age thirteen, she entered a national poetry writing competition and used her second place winnings to place her photo in the casting directory "Spotlight." She soon had her first agent and her first acting job, in a commercial, at age sixteen. She then landed a role in the made-for-TV movie A Pattern of Roses (1983), which subsequently led to her casting in the Merchant Ivory films A Room with a View (1985), director James Ivory's tasteful adaptation of E.M. Forster's novel, and Lady Jane (1986), giving a strong performance as the uncrowned Queen of England. She had roles in three other productions under the Merchant-Ivory banner (director Ivory, producer Ismail Merchant, and screenwriter Ruth Prawer Jhabvala): an uncredited appearance in Maurice (1987), and large roles in Where Angels Fear to Tread (1991) and Howards End (1992).Often referred to as the "corset queen" or "English rose" because of her early work, Bonham Carter continued to surprise audiences with magnificent performances in a variety of roles from her more traditional corset-clad character in The Wings of the Dove (1997) and Shakespearian damsels to the dark and neurotic anti-heroines of Fight Club (1999). Her acclaimed performance in The Wings of the Dove (1997) earned her a Best Actress Academy Award nomination, a Golden Globe Best Actress nomination, a BAFTA Best Actress nomination, and a SAG Awards Best Actress nomination. It also won her a Best Actress Award from the National Board of Review, the Los Angeles Film Critics, the Boston Society Film Critics, the Broadcast Film Critics Association, the Texas Society of Film Critics, and the Southeastern Film Critics Association.In the late 1990s, Bonham Carter embarked on the next phase of her career, moving from capable actress to compelling star. Audiences and critics had long been enchanted by her delicate beauty, evocative of another time and place. Her late '90s and early and mid 2000s roles included Mick Jackson's Live from Baghdad (2002), alongside Michael Keaton, receiving a nomination for both an Emmy and a Golden Globe; Paul Greengrass' The Theory of Flight (1998), in which she played a victim of motor neurone disease; Trevor Nunn's Twelfth Night (1996), in which she played Olivia; opposite Woody Allen in his Mighty Aphrodite (1995); Mort Ransen's Margaret's Museum (1995); Kenneth Branagh's Mary Shelley's Frankenstein (1994); and Franco Zeffirelli's Hamlet (1990).Other notable credits include her appearance with Steve Martin in Novocaine (2001), Tim Burton's remake of Planet of the Apes, in which she played an ape, Thaddeus O'Sullivan's The Heart of Me (2002), opposite Paul Bettany, and Big Fish (2003), her second effort with Tim Burton, in which she appeared as a witch.In between her films, Helena has managed a few television appearances, which include her portrayal of Jacqui Jackson in Magnificent 7 (2005), the tale of a mother struggling to raise seven children - three daughters and four autistic boys; as Anne Boleyn in the two-parter biopic of Henry VIII starring Ray Winstone; and as Morgan Le Fey, alongside Sam Neill and Miranda Richardson, in Merlin. Earlier television appearances include Michael Mann's Miami Vice (1984) as Don Johnson's junkie fiancée, and as a stripper who wins Rik Mayall's heart in Dancing Queen (1993). Helena has also appeared on stage, in productions of Trelawney of the Wells, The Barber of Seville, House of Bernarda Alba, The Chalk Garden, and Woman in White.Bonham Carter was nominated for a Golden Globe for the fifth time for her role in partner Tim Burton's film adaptation of the Stephen Sondh

Tintoretto. A Rebel in Venice