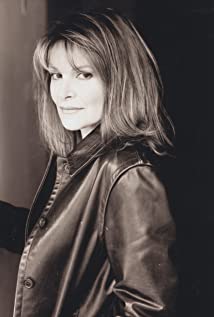 Helen Shaver has built a lasting legacy, both behind and in front of the camera. She has directed hundreds of hours of television ranging from Law & Order: Special Victims Unit (1999) to Castle (2009), from The Unit (2006) to The Outer Limits (1995). Her film, Summer's End (1999), a Showtime feature starring James Earl Jones, won multiple Emmy awards for Outstanding Children's Special, Outstanding Performer in a Children's Special and Helen was nominated for her direction. Her producing credits include Judging Amy (1999) for CBS, Showtime's Due East (2002) starring Cybill Shepherd and Robert Forster and the independent feature We All Fall Down (2000), for which she also received a Best Supporting Actress award.It was Martin Scorsese who first suggested Helen direct. Working with him and other such greats as Steven Spielberg, Robert Rodriguez, Sam Peckinpah, Brian De Palma, Helen amassed a wealth of knowledge and experience in the collaborative world of cinematic storytelling.Helen first appeared on the silver screen at 22 years old, starring in a series of award-winning Canadian films; Best Supporting Actress for Who Has Seen the Wind (1977) and Best Actress for In Praise of Older Women (1978). Hollywood took note and in 1977 she co-starred in The Amityville Horror (1979) directed by Stuart Rosenberg. Larry Gelbart's United States (1980), Martin Scorsese's, The Color of Money (1986), John Schlesinger's The Believers (1987), Donna Deitch's Desert Hearts (1985), Andrew Fleming's The Craft (1996), and a trip to China with Donald Sutherland to realize Bethune: The Making of a Hero (1990) broadened her education.MAWD (Mother Actress Wife Director), Helen's production company, has three theatrical features in development, as well as a feature-length documentary. MAWD continues to expand becoming an umbrella for young filmmakers who Helen has mentored.