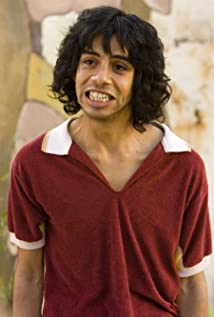 He was born on December 13, 1973 in the city of Guadalajara Jalisco. At a very early age comes to live To the city of Tijuana B.C., where he carries out his basic studies, as well as the only ones of his formation Actoral He worked for the theater company La Divina Fauna directed by Edward Coward from 1992 to 2000. He holds a degree in Theater at the Northwest Performing Arts Center from 1997 to 1998, thus As a dance graduate at the Northwest Performing Arts Center from 1999 to 2000. From 2001 to 2003 works as assistant director of Daniele Finzi Pasca, both in Mexico, Switzerland, Italy and Scotland. In 2003 he received his first cinematographic opportunity in the film Innocent Voices, but Is in 2006 with the comedy of Nacho Libre where begins a prolific race in the cinema. At 2008 is included in the walk of fame in the city of Tijuana. In 2009, he started with the brothers Olga and Juan hold the production company Blind Productions. In 2014 was nominated to the Goddess of Silver like actor of distribution by the film Kisses of sugar, in 2007 to the MTV Movie Awards to the best scene of fight by the film Nacho Libre and in the same one Year to the Teen Choice Awards for the same.

I Dream in Another Language