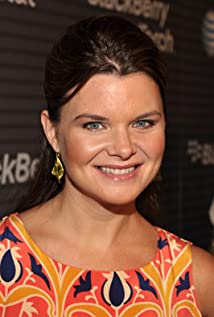 Heather Tom is a 5-time Emmy Award winner and has starred as Katie Logan on CBS' The Bold and the Beautiful (1987) since 2007, where she has also directed nearly 20 episodes of the show over the past three years. In 2018, she was nominated for a Daytime Emmy Award for Outstanding Drama Series Directing Team.In 2013, Variety included Heather on its list of "Daytime TV Impact Honorees" to celebrate innovators from daytime television. Of the 30 nominees representing all genres including network executives, producers, and news anchors, Heather was the only actor listed.As a film director, her award-winning shorts Serenity (2017) and Bigfoot's Love Slave (2017) have played numerous festivals across the globe - including Festival de Cannes, Santa Barbara International Film Festival, Cinequest, Vail, Cleveland, Florida, Omaha, Boston, LA Shorts Fest, HollyShorts, LA Comedy Festival, Canberra, Pittsburgh, and more.Heather has also starred in ABC's The Young and the Restless (1973), on Broadway, co-hosted The View (1997) with Barbara Walters, Entertainment Tonight (1981), and The Talk (2010). She made five appearances on Politically Incorrect (1993) with Bill Maher and was a regular guest on MSNBC and Fox News as an advocate for women's health. She worked on both Hillary Clinton and Barack Obama's 2008 campaigns, and is involved with Planned Parenthood, Feminist Majority, She Votes, and Rock the Vote.Heather resides in Los Angeles with her husband, James, and two dogs, Henry and Ella. In 2012, their best production ever was the birth of their son, Zane. She is a proud member of the Directors Guild of America.

This Is Not a Test