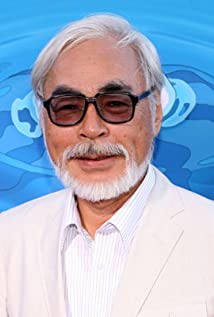 Hayao Miyazaki is one of Japan's greatest animation directors. The entertaining plots, compelling characters, and breathtaking animation in his films have earned him international renown from critics as well as public recognition within Japan. The Walt Disney Company's commitment to introduce the films to the rest of the world will let more people appreciate the high-quality works he has given the movie-going public.Hayao Miyazaki was born in Tôkyô on January 5, 1941. He started his career in 1963 as an animator at the studio Toei Douga studio, and was subsequently involved in many early classics of Japanese animation. From the beginning, he commanded attention with his incredible drawing ability and the seemingly endless stream of movie ideas he proposed.In 1971, he moved to the A Pro studio with Isao Takahata, then to Nippon Animation in 1973, where he was heavily involved in the World Masterpiece Theater TV animation series for the next five years. In 1978, he directed his first TV series, Future Boy Conan (1978) (Conan, The Boy in Future), then moved to Tôkyô Movie Shinsha in 1979 to direct his first movie, the classic Lupin the 3rd: Castle of Cagliostro (1979). In 1984, he released Nausicaä of the Valley of the Wind (1984), based on the manga (comic) of the same title he had started two years before. The success of the film led to the establishment of a new animation studio, Studio Ghibli (Sutajio Jiburi), at which Miyazaki has since directed, written, and produced many other films with Takahata and, more recently, Toshio Suzuki. All of these films enjoyed critical and box office successes. In particular, Miyazaki's Princess Mononoke (1997) received the Japanese equivalent of the Academy Award for Best Film and was the highest-grossing (about USD$150 million) domestic film in Japan's history at the time of its release.In addition to animation, Miyazaki also draws manga. His major work was the Nausicaä manga, an epic tale he worked on intermittently from 1982 to 1984 while he was busy making animated films. Another manga, Hikoutei Jidai, was later evolved into his 1992 film Porco Rosso (1992).

How Do You Live?

The Kingdom of Dreams and Madness

Mr. Dough and the Egg Princess