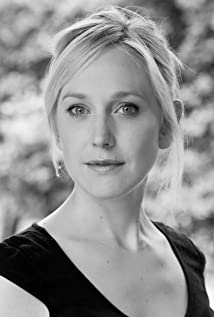 Hattie Morahan was born in London in 1978. Her father, Christopher Morahan, is a television and stage director, who is perhaps best known for his television adaptation of The Jewel in the Crown (1984). Her mother, Anna Carteret, is an actress whose most high profile role was that of Inspector Kate Longton, whom she played in the BBC police drama series Juliet Bravo (1980) between 1983 and 1985. Hattie was educated at the Frensham Heights School. Whilst she was at school people would recognize her mother because they had seen Anna on TV in Juliet Bravo. Hattie has said in interviews that for a long time she thought that Manchester was in India because her father was working for Granada but he kept going away to India. In 1995, when she was sixteen years old, her father cast her as Una Gwithiam in a television adaptation of The Peacock Spring (1996), which was broadcast on British television on 1st January 1996.Hattie studied English Literature at New Hall, Cambridge between 1997 and 2000. This Cambridge University college has since been renamed Murray Edwards College. Whilst she was at Cambridge, she acted in several student drama productions. Hattie played Snowball, the pig based on Trotsky, in a stage adaptation of George Orwell's novel, 'Animal Farm', at the ADC Theatre in Cambridge from 18th to 22nd November 1997. She returned to the ADC Theatre in February 1998 as part of the cast of 'Ticklebang', a new comedy written by Dylan Ritson, and she was part of the cast when the play was put on at the Edinburgh Fringe Festival in August 1998. In November 1998 Hattie decided to switch for the time being from acting to direction, and directed 'The Suicide', a play by Nikolay Erdman, at the ADC in Cambridge, with Blake Ritson, the brother of Dylan, as her assistant director.Hattie played the part of Catherine in Phillip Breen's production of Arthur Miller's modern classic, 'A View from the Bridge', at the ADC from 9th to 13th February, 1999. This production was re-staged at the National Student Drama Festival at Scarborough in April 1999 and Hattie won the best actress award at the festival. In July 1999 she played Cecily Cardew in an outdoor production of Oscar Wilde's classic comedy of manners, 'The Importance of being Earnest', with Phillip Breen as director and Blake Ritson in the role of Jack Worthing. This played at a number of outdoor venues in and around Cambridge. It was later staged at the ADC in Cambridge from 11th to 13th October 1999.Towards the end of her time at Cambridge, Hattie played Isabel in Pedro Calderon De la Barca's play, 'The Mayor of Zalamea', at the Cambridge Arts Theatre in the summer of 2000, and in that summer she graduated with a degree in English from Cambridge University. At this point, she was clear that she wanted to pursue a career in acting. Her parents recommended that she enroll at drama school. However, Hattie was eager to get started on her professional acting career. She made a deal with her parents that if she did not get much work in the next twelve months, she would follow their advice and go to drama school.As it turned out within a few months Hattie had won a contract with the Royal Shakespeare Company (RSC), and whilst she was there she was able to take advantage of the technical classes and voice coaching to improve her acting technique. Her first professional engagement was as one of the players in a production of 'Hamlet' directed by Steven Pimlott. This was staged first at the Swan Theatre in Stratford upon Avon from 31st March to 13th October 2001 and then at the Barbican Theatre in London from 6th December 2001 to 2nd April 2002. As well as her part as one of the players, Hattie also understudied the role of Ophelia. She was with the RSC for over a year and her other roles for the company included the part of Lucy in 'Love in a Wood', a Restoration comedy by William Wycherley which was staged at the Swan Theatre in Stratford between 12th April and 12th October 2001; Emela in 'The Prisoner's Dilemma' by David Edgar, which was performed at the Other Place in Stratford from 11th July to 13th October 2001; and Tracy, the hotel receptionist, in 'Night of the Soul', a new play written and directed by David Farr, which ran at the Barbican Pit in London from 19th April to 11th May 2002.After she had completed her time with the RSC, Hattie played the part of Elizabeth in a revival of Somerset Maugham's play 'The Circle' directed by Mark Rosenblatt. This production went on a tour of English regional theaters in the autumn of 2002 starting at the Malvern Theatre, (27th to 31st August), and finishing at the Arts Theatre in Cambridge, (21st to 26th October). In 2003 she played Elaine Harper in 'Arsenic and Old Lace' for Katharine Dore Management at the Strand Theatre in London from 14th February to 31st May, and Louise De la Valliere in 'Power', a new play written by Nick Dear, at the National Theatre in London from 3rd July to 29th October. In 2004 she played Ruby in Pete

My Mother and Other Strangers