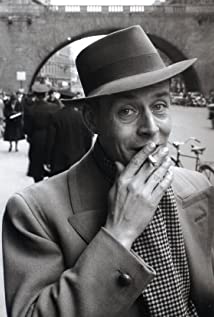 Being the son of actor / theatre director Gösta Ekman, it was natural for him to start a career in the movie business. He was first noticed for playing against his father in Intermezzo (1936). He also showed a talent for writing, and his first script was filmed as Blixt och dunder (1938). Producer Lorens Marmstedt gave him the chance to make a successful directing debut with Med dej i mina armar (1940) at the age of 24. During the following years he could mix light comedies with drama. His Kungliga patrasket (1945) was a semi-biographical rendition of the life of an acting family. During the 1940s he kept up a high tempo making movies, with at least two movies every year. When Ingmar Bergman made his debut in the late 1940s, the critics began to compare the two young directors, a comparison who eventually became less and less favorable for Ekman. In 1950 he made the movie that he considered his best, Girl with Hyacinths (1950). From the middle of the 1950s, his directing and writing became more and more of a routine, more and more predictable, concentrating on light comedies with Sickan Carlsson. After his last movie in 1964 he went over to make revues with Karl Gerhard and Povel Ramel.

The Girl and the Playboy